Bauhaus is finally emerging from the great touring beyond with rescheduled London and Mexico dates. Thwarted for some time by COVID restrictions, the band is moving forward with from their extended time waiting in the wings to give it another go and have announced their next shows.

Last week in a half-hour interview on Baxie’s Musical Podcast, Guitarist Daniel Ash confirmed that the Bauhaus reunion tour initially scheduled to occur in 2020 was still in the works. “There’s definitely plans when all this lifts, ” Ash said.

Today, the band can give a more concrete time for their return to the stage, announcing two rescheduled shows in both London and Mexico City, just in time for Halloween.

The first pair of Dates are at the Frontón in Mexico City, on both the 23rd, and 24th of October, with Soriah, and Automatic as support.

On October 30th, the band perform at Alexandra Palace in London, with Hope as the supporting act.

Tickets go on Sale Friday, the 12th February, with previously purchased tickets honoured at both shows. 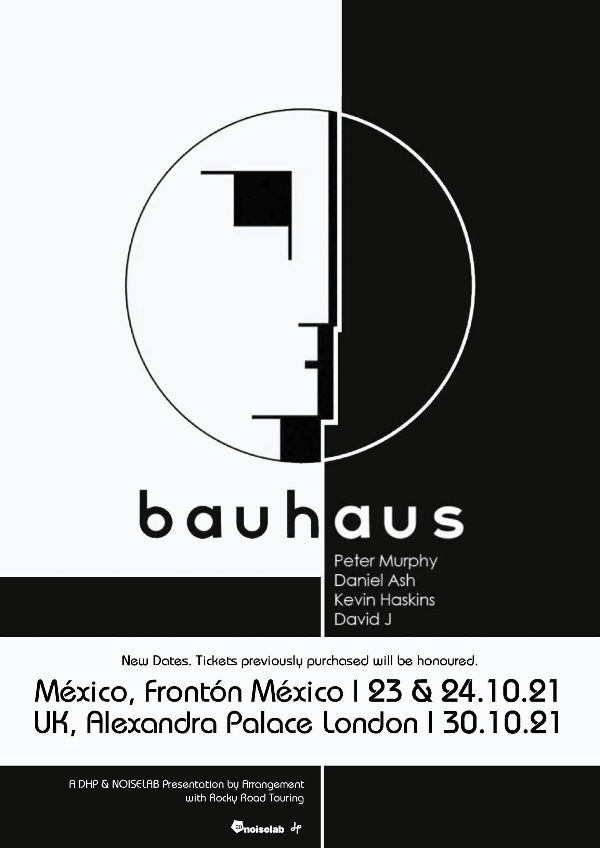