Chilean band Amöniacö’s album Tu fuego is ten years old this week. A voyage through self-destruction and nostalgia, memories were the main inspiration during the composition process. Dependency, loneliness, and abandonment feed those deep fears, taking us to toxic and vulnerable states. The original art was inspired by “the butterfly in flames” concept which refers to the situations and conduct that harm us.

Watch the lyric video for the title track “Tu fuego” below:

The album was recorded and produced by Carlos Vandal in 2011 and 2021 at Noiser Studios and mastered by Barry Sage at Estudio Master and Studio Home.

Amöniacö’s current members are Carlos Vandal (vocals/guitars) and Rod García (drums). The band formed in 2008 as a darkwave project. After the release of “Tu fuego” the band was selected by Robert Smith to be the support act in Chile during The Cure’s LATAM tour in 2013. In 2019 the band was signed by Cleopatra Records and released the EP “Azul Prusia”.

The band is to release a new single during November of 2021, a song the band hints as being mastered by an important British producer in London.

Produced by Santiago Noiser, the album Tu fuego is now available on CD, including a remix of the single “Tu fuego,” which was mastered by Barry Sage (New Order, Rolling Stones). The album includes the 10 original tracks + 2 remix versions. 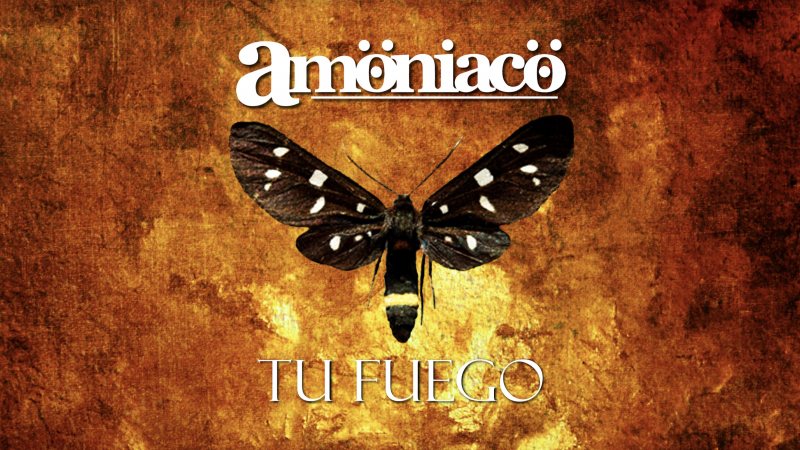