After releasing their five-song EP, Subtle, HALLOWS return with a new single, All That Is True Dies. This new track explores unorthodox approaches to their usual home-base of darkwave/post-punk. The digital single also includes two remixes of the track by Dead Astronauts and Profit Prison, exclusively available on Bandcamp.

HALLOWS, a duo consisting of Vanee D. and Dom R, got their start in Minneapolis in 2018 before migrating to Seattle. The band explores themes of unease and loneliness in their music, staying true to the darkwave/post-punk genre while incorporating influences from various other genres and art forms. This is illustrated in All That Is True Dies.

“The song is about the past and how it follows you around but, in the end, everything is temporary,” says Dom. “We really wanted this track to evoke a duality where the first part is tense and somewhat dark, with the second part being more hopeful and dancey.” All tracks were written and performed by Hallows, and co-produced/mixed by Aaron C. Schroeder, with mastering by Pete Burns.

Once the band finished recording, they wanted input from their friends, so they sent the track to Jared of Dead Astronauts and Parker of Profit Prison, asking them if they would be willing to remix it for us. “Both bands agreed, call it true friendship or Seattle solidarity,” Dom jokes. “The results are pretty outstanding. Dead Astronauts’ take is a rhythm-driven ephemeral re-imagining of the song, while Profit Prison takes the track down some Italian gothic horror movie soundtrack path.”

All That Is True Dies is accompanied by a music video, shot and directed by Vanee D. Filmed entirely at home during quarantine, the video features the band floating in what appears to be blue water and holding burning flowers.

“It was tough figuring out how to make an interesting music video while respecting the guidelines for quarantine, and protecting ourselves and those around us,” Vanee says. “Therefore, we decided to shoot it all ourselves, very much like we did for the Subtle video. We basically brainstormed on the idea behind the song and how we could visually represent it. Hence the burning flowers, the fire/water duality, and the general aesthetic of the video. We are so proud of having created this video with such minimalism.”

Watch All That Is True Dies below:

And check out the track here: 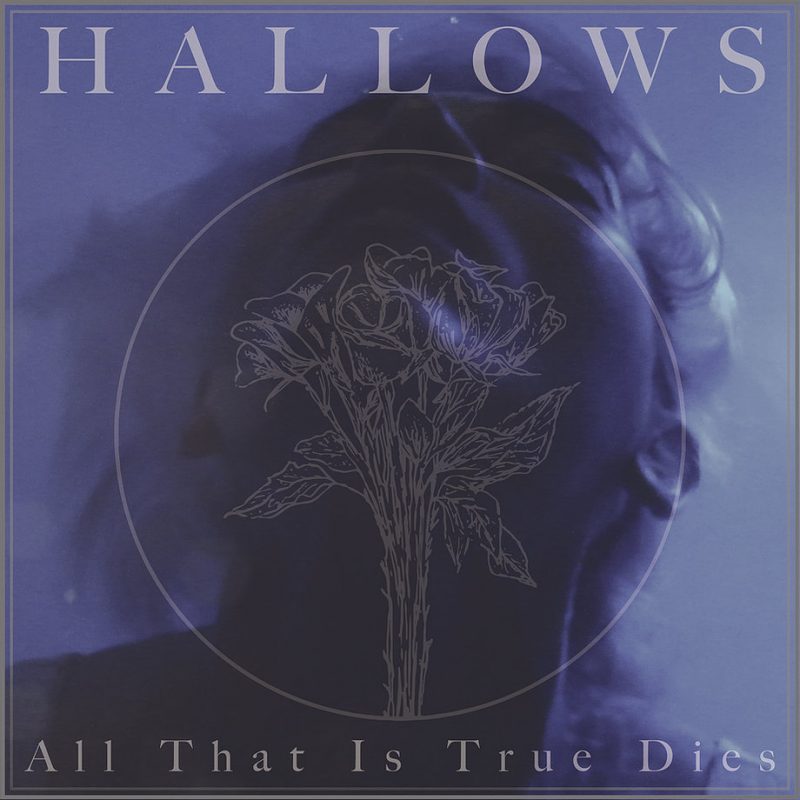 The post Darkwave Duo Hallows Burn Like Flowers in their Video for “All That Is True Dies” appeared first on Post-Punk.com.