The legendary Clan of Xymox has announced the first single from their forthcoming eighteenth studio album. The aptly titled Brave New World, and its b-side Lockdown, a quick turnaround on new material following 2020’s Spider On The Wall, whose tour was interrupted due to the unfolding of the current global pandemic.

The video for the single Brave New World features frontman Ronny Moorings aimlessly wandering desolate urban and forest landscapes, interspersed with unsettling scenes of isolation, forms of plastic as masks to ward off disease, and drone shots of abandoned factories. It is bleak and dystopian, but still ripe with great emotion.

Taking their name from the term zymotic (relating to or being an infectious or contagious disease), the band formed as a project of Ronny Moorings and Anka Wolbert in 1983, before moving to Amsterdam and joining Pieter Nooten and Frank Weyzig. Clan of Xymox evolved to become pioneers of darkwave. Despite the various name and personnel shifts over the years, Clan of Xymox has regularly been producing music ever since, guiding by Mooring’s creative direction that gave birth to the genre of Darkwave 35 years ago with the release of the band’s self-titled debut album, and it’s followup Medusa.

You can stream the single “Brave New World” here, as well as order it on Bandcamp. Included with the release are several remixes, including one by Matte Blvck (read our interview with the band here).

Listen to our retrospective interview with frontman Ronny Moorings below: 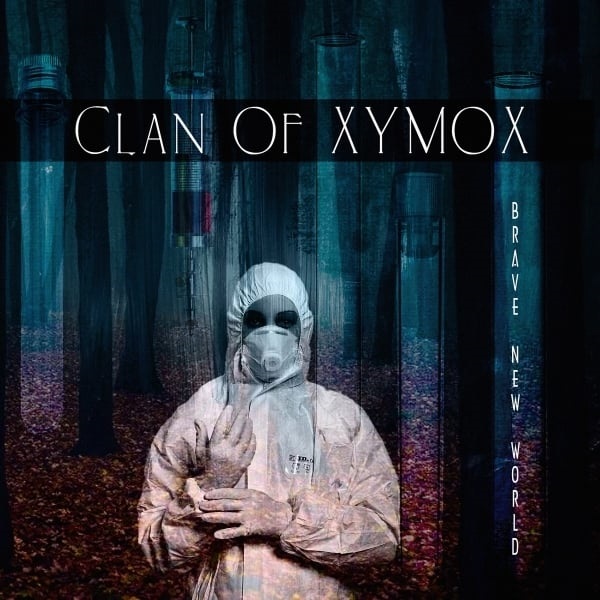