We know we’ll be ghosts again…

Following weeks of rumours, and a teased image of a Neumann U 67, Depeche Mode announced today during their press conference at the Berliner Ensemble in Berlin a world tour for 2023 in support band’s forthcoming 15th studio album, Memento Mori, due out “towards the end of March” in Spring 2023.

The band took time out from recording at Martin’s studio in Santa Barbara to fly out to Berlin for the press conference,  and plan to head over to New York to finish the album. During the conference, Martin Gore stated that most of the tracks for the album are finished and need to be mixed.

Additionally, most of the songs were written during the Pandemic, and the album’s title was decided before founding member Andy Fletcher passed away. As for the title of the album and tour, “Memento Mori” is Latin for “remember that you must die,” an expression dating from the Roman era, and an artistic motif serving as a reminder of the inevitability of death.

Anton Corbijn is once again working with the band in designing the album artwork, photography, and other visual elements.

A special run of shows in North America are scheduled in the spring, with Stadium shows in Europe to follow during the summer.

For the band, it will be the first time they have embarked on a tour without founding member Andy Fletcher who passed away in May this year. The only other time Fletcher didn’t perform live with the band was when their manager Daryl Bamonte took on his role for the remaining thirty-nine concerts of the Exotic Tour in 1994.

Keyboardist Peter Gordeno and drummer Christian Eigner the current members of the live band, both of whom have been touring members of Depeche Mode since the late Nineties,

When an audience member asked if the band would be paying tribute to Fletch during the tour, frontman Dave Gahan responded that they were still processing how they would honor their friend but are considering at least performing some of his favorite Depeche Mode songs. “He’ll be there in spirit, I’m sure, judging us,” he said with a laugh.

The North American leg of the Momento Mori tour begins on March 23rd in Sacremento, and ends on April 14th in NYC. The European leg will follow on May 16th.

Tickets for the Momento Mori tour have begun to go on sale, with most presales beginning on October 6th. 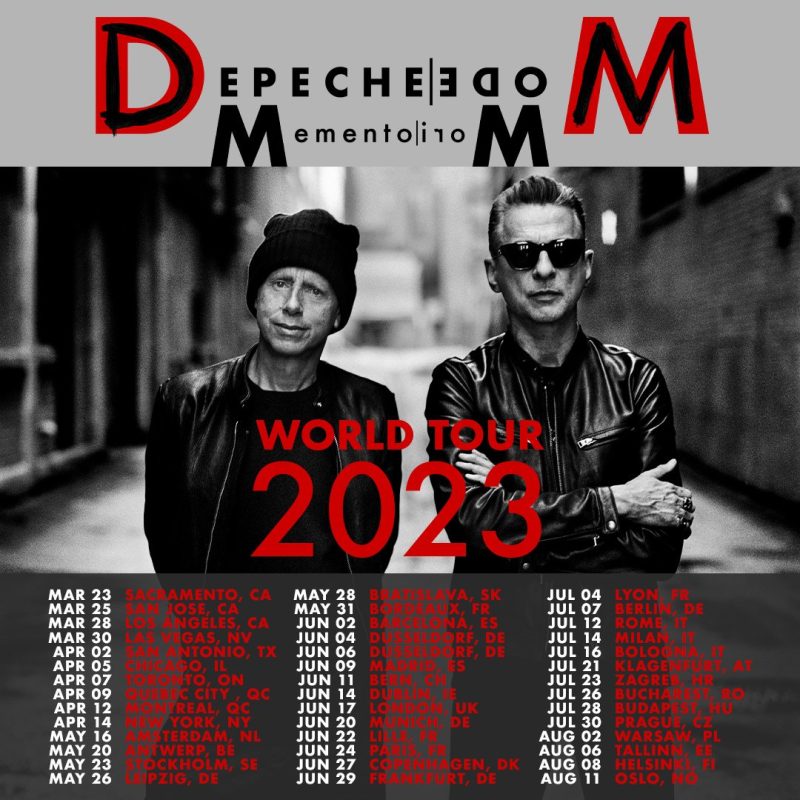 People Hate Each Other Released The Second Album “The Next Chapter”