Watch Nita Strauss shred at Demi Lovato's first full live show of 2022
Sing me a song of a lad that is gone,
Say, could that lad be I?
Merry of soul he sailed on a day
Over the sea to Skye.
–Robert Louis Stevenson

Dance like an Outlander upon the fragrant heather of the Scottish moors, as pseudo-early 80s post-punk act Double Echo burst forth two double a-side singles, ahead of a new album set for release on Fabrika Records.

First up is the moody In The Gallery/Former, the first of which sounds like a long-lost Teardrop Explodes song, rife with deep choral voices and eerie synth effects…, while the second sounds reminiscent of the obscure tape traded tracks of gone-but-not-forgotten club scenes of Wierd in NYC and Brave Exhibitions in London.

The second new single is The Bairn/Rendezvous. The Bairn, Scottish Gaelic for “child,” is destined to be a club hit with its authentically 80s use of guitars and bass synths. The Bairn is a rollicking banger with an accompanying choreographed video of ladies highland flinging in kilts – pure cheese straight out of the Eurovision archives, while Rendezvous sounds reminiscent of either The Human League or post Uavox John Foxx.

Watch the video for “The Bairn” below:

Double Echo began in 2012 as a studio collaboration between producers Chris Luna (San Diego, California) Ash Lerczak (Liverpool, UK). They set out to re-mystify the forgotten practices of post-punk and primitive soundtrack electronica in the guise of a lost band from 1982 whose demo tape 4AD never got around to listening to. Their first release, the Black Morning EP, invited listeners to “dream of another world” of floating Casio keyboards and Sad Lovers And Giants guitars, demonstrating that their commitment to eighties authenticity went deeper than merely an aesthetic gimmick and found Double Echo a cult following on Bandcamp.

The following year in Liverpool – Double Echo played their first show as a live band. Determined not to go out as a “laptop act”, Chris and Ash performed alongside a dying, time-code striped tape machine and TR626, while smoke, weird projections, and an extremely loud amplifier created a suitably immersive atmosphere. The show convinced local label EDILS to release the Phantomime album on CD and cassette, which was shortly followed by a compilation of Double Echo’s online output by Ritual Tapes in the US.

A second album, La Danza, featuring new member Ellon Souter on lead vocals and a strong emphasis on cold synths, was released in 2015 on CD by Gothic Music (Finland) and on vinyl by Peter Out Records (Sweden) leading to their first European dates – a tour of darkwave clubs in Italy. Since then Double Echo retreated into their home studios to work on a series of follow-up albums (the first of which nears completion at the time of writing), pausing briefly in 2016 to self-release the Ancient Youth EP and to perform at Return To The Batcave Festival in Poland.

In the meantime, pick up both new singles here. 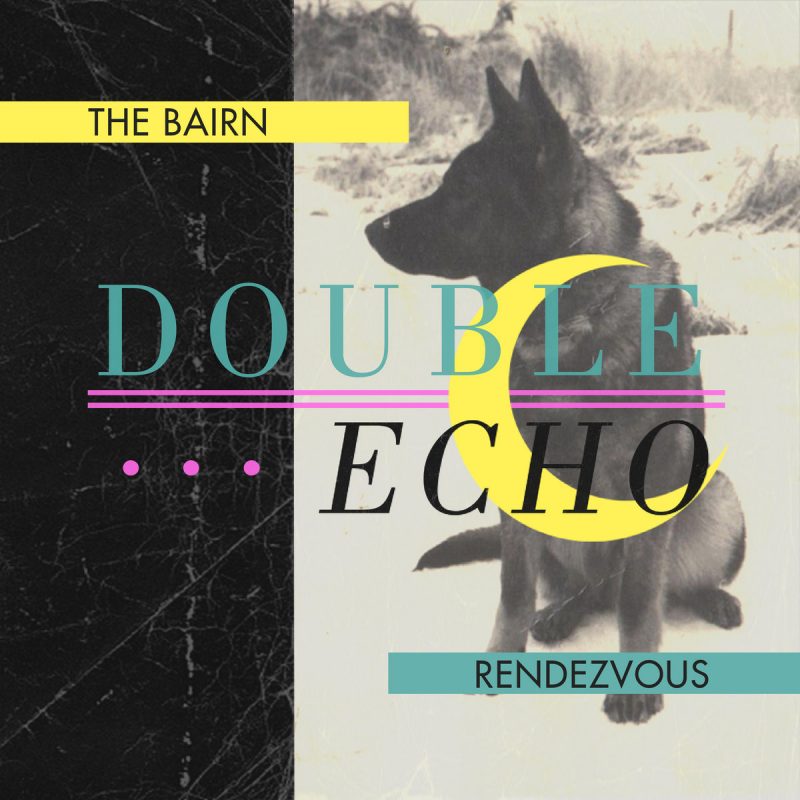 The post Double Echo Dance Upon the Scottish Moors with 80s Eurovision Magic in “The Bairn” appeared first on Post-Punk.com.