DRAG, an electro-pop duo from Bristol, England, releases a sizzling new video for their track The Package (Or Derek The Sex Robot). Drawing heavily from 80s British New Wave acts of the 1980’s, such as The Human League, Orange Juice, and Soft Cell, with an influx of more modern influences such as LCD Soundsystem and Metronomy, DRAG creeps into the realm of indie-electro. Equally inspired by the New Romantics, their image is flamboyant and colourful.  Formed during quarantine, the duo has sought alternative, creative ways to gain traction, despite their lockdown.

The accompanying video is a delightfully naughty romp with a bunch of sexy, gyrating male Chippendale-style strippers culled and superimposed from vintage footage. Both of and out of the dancers’ time, the song really does sound like something you would hear thirty-five years ago, bending time, space, and ears alike. 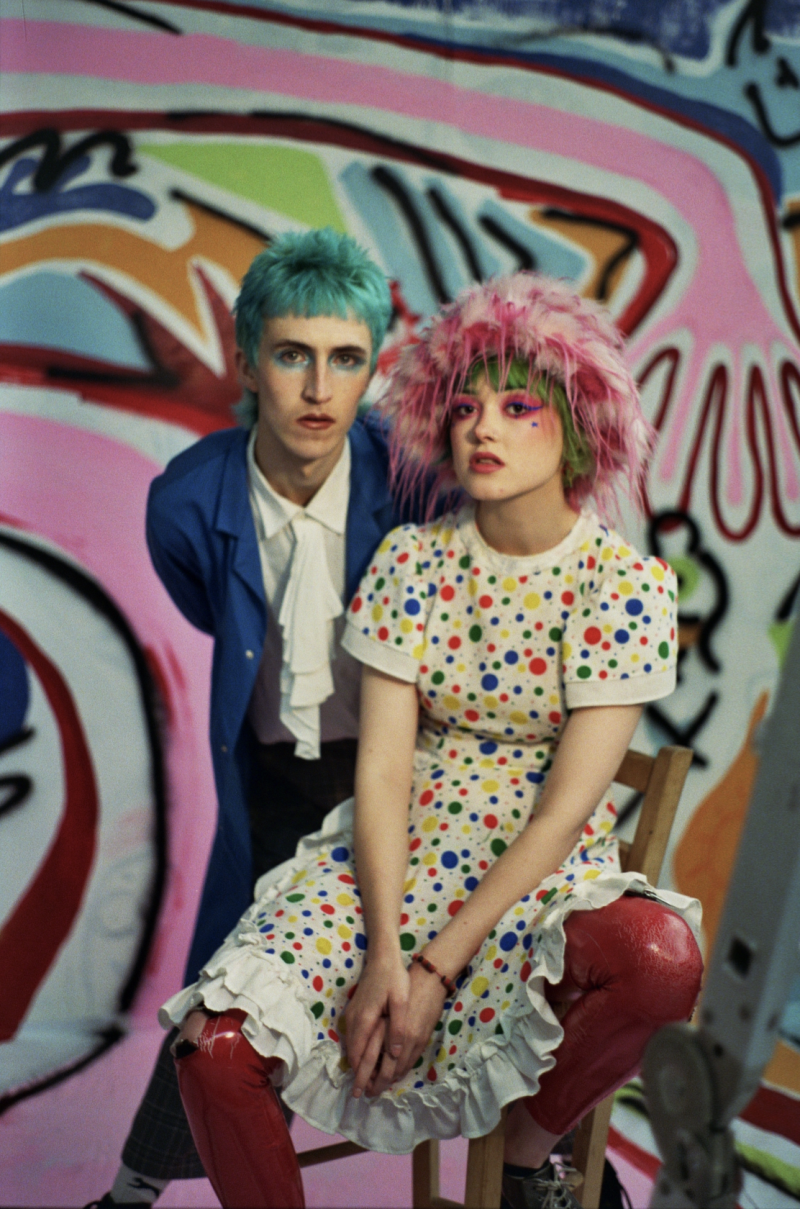 The Package has been released on a compilation album released by PhatBristol, an artist-run initiative comprised of managers, producers and media practitioners to breed cultural diversity and awareness to nurture progressive change. The album, called Poland Has A Task, showcases the extensive and diverse LGBTQ+ music scene in Bristol and beyond. Each track has been specifically provided for this compilation by Queer and/or Fem artists.

Poland has a Task is a celebration of the prolific LGBTQ+ music in Bristol and Poland. All proceeds from the release, including sales from Bandcamp, vinyl sales and merchandise sales, will be donated to Strajk Kobiet, the feminist movement that have been relentlessly fighting for abortion rights, as well as Aborcyjny Dream and Stop Bzdurom, which is a Polish LGBTQ+ charity. Poland Has a Task weaves two countries together with one ideology: the hardships and struggles through a musical lens.

Poland has a turbulent history with abortion rights and LGBTQ+ rights, they are one of the few countries witth restrictive abortion laws, leading women to seek illegal abortions. The ban will result in abortions (or assisting in one) being punishable by law, putting families and medical professionals in an impossible position. It will also prevent prenatal tests from being carried out, in fear of damaging the foetus or discovering a foetal defect that can’t be treated. As of 2020, Poland is the worst performing EU country in terms of LGBTQ+ Rights. One-third of Poland is currently declared as an ‘LGBT-free zone’. Although the zones are non-binding in law, it sends a clear message of exclusion to the LGBTQ+ community.

PhatBristol will also be hosting a Crowdfunder to cover the costs of merchandise, vinyl pressings as well as to start raising money for the charities involved.

Watch The Package below: