The powerful Self Sabotage, featuring drums by Mike C. Sharp (Uniform), is a poignant and catchy anthem about finding beauty in the depths of negative emotion.

The creative synergy between the multi-instrumentalist members Kadri Sammel (Bedless Bones), Richard Powley (Telepathy), and Bruno Russo, the trio melds their individual punk, hardcore, and electronica backgrounds, defying genres and forging their own style. While their groovy riffs and crashing percussions draw influences from Wipers, Dead Moon, Health, and Godflesh, Sammel’s beguiling vocal melodies are dressed with the undertones of Depeche Mode and Primal Scream.

“We have an imperative to create new sounds by blending sounds that would not normally be combined and messing with the fabric of people’s reality to make them question what they are hearing,” says the band’s producer and collaborator, Ben Greenberg (Uniform, Black Marble, Bad Breeding, VR Sex). He describes Deathsomnia’s blending of subtle industrial elements into guitar-driven songs as “cyberpunk,” and a welcomed break from current popular darkwave aesthetic tropes.

“What I’ve noticed in the past year is that people are looking for something new, they just don’t know what it is yet. ​There’s a huge space now for us to push things creatively to find new spaces that have either been ignored or misunderstood or simply did not exist yet in people’s minds. I think that Deathsomnia is very much a part of that,” adds Greenberg.

“The stripped-down remix definitely reveals a new visage of the song,” says singer Kadri Sammel. “I love the minimal, scattered drums on this one. The haunting play of harmony and dissonance keeping you observant and the solemn atmosphere turning it almost into a funeral song rather than your usual ‘dance floor remix’.  Having Selofan collaborating with Deathsomnia is an honour and something we take with pride as they are very important people in the scene. Not only with Selofan’s music but also with all the work they do with their own Fabrika Records.”

Listen to the Selofan remix of “Self Sabotage” below:

Self Sabotage is out now on Isolation Rec. via a limited edition of 300 bone with oxblood splatter vinyl. Order the record and other merch via the links below.

The remix is available on a free / donation basis, and the band will have an exclusive limited shirt available through Bandcamp only. 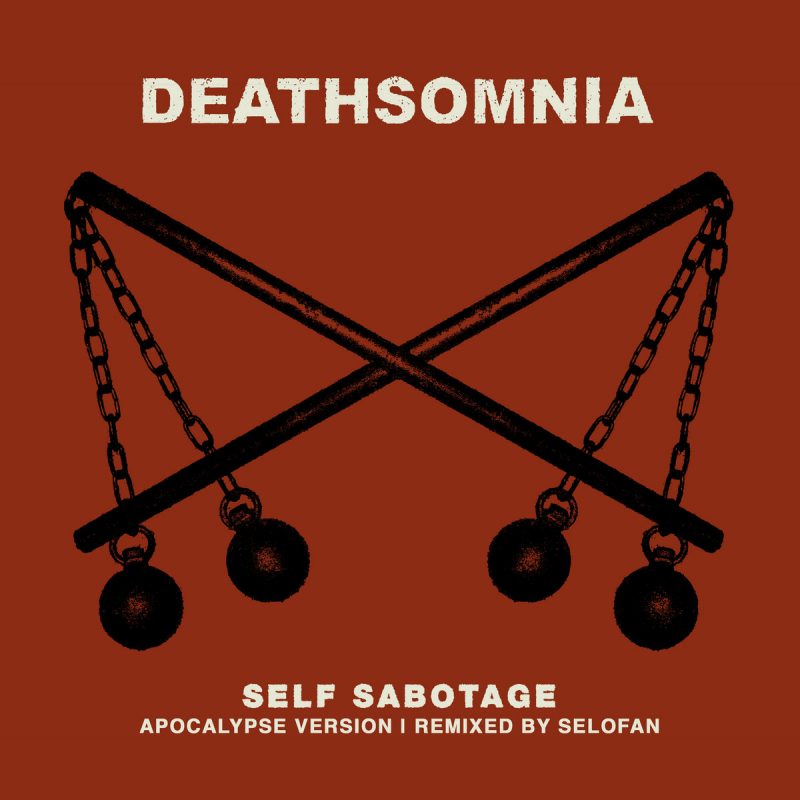 Love, Death, and Paris in The Black Veils’ Nocturnal Video for “Lamourlamort”