Krälfe Addresses The Disintegration of Counterculture With “Digital Dismay”

German duo Krälfe’s latest single, Digital Dismay, from their upcoming record Gravity Sucks, is complex and sophisticated. The choir-like polyphonic singing and lyrics on the album address the disintegration of counterculture and the accelerating development of artificial intelligence.

Digital Dismay, clocking in at nearly six minutes, is a ferocious, high-energy number exploding with delicious guitar solos and presented with an enigmatic animated music video, directed by Nicolas Pannetier.

KRÄLFE, who call themselves “the duo that invented minimal noise rock,” launched in 2012 as an instrumental bass-and-drum-duo. The current line-up consists of Cläre Caspar (drums, vocals) and Ralf Küster (guitars, bass). In 2014, their debut album, recorded and mixed on analogue equipment by Mischkah Wilke (Kozmic Sound)  was released and showcased a band focused on translating the powerful sound of their instruments to vinyl as close as possible to their impact in real-life: confrontational, minimal, instrumental. Their follow-up album, 2016’s Konserve, introduced a shift towards post-punk territory after incorporating vocals and guitar.

Watch the video for Digital Dismay below:

“Digital Dismay”, produced by Gregor Hennig at Studio Nord, is out now. 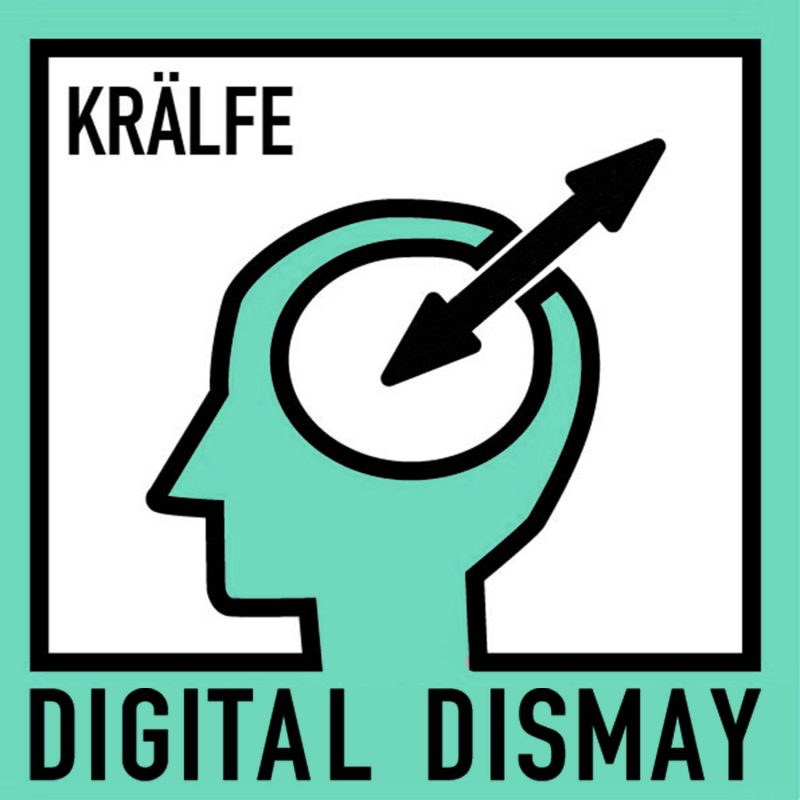 The post Krälfe Addresses The Disintegration of Counterculture With “Digital Dismay” appeared first on Post-Punk.com.