Los Angeles singer, songwriter, and multimedia artist Chelsey Boy, best known as one half of former electronic duo Intimatchine, strikes out on her own with her signature dreamy doomscapes, helmed by her hypnotic voice….and now a self-directed, filmed, and produced a new music video for her debut solo track, aptly named All Mine, produced by London-based artist Shurk (Benjamin Dunkerley).

Chelsey Boy originally intended for the track to be an upbeat dance love song, but the demons got the best of her. “Although the lyrics to All Mine pose as a love song, it’s truly a tale about womxn taking back what’s theirs––in whatever artful, seductive, or destructive means possible,” says Boy. “I’ve always been captivated with the “monstrous-feminine,” or female defiance…and in this song I summon that energy. This past year, I especially saw a lot of breaking points within black, queer, and trans femme communities. It got me activated––I think it inspired a lot of people to come together and wreak havoc for a cause greater than themselves.”

The hypnotic video, edited by Jessica Calleiro, stars Boy’s 22-year-old trans brother Brooks Holland. “I will always try to highlight, celebrate, and tell trans stories wherever I can in my art,” says Boy. “Visibility is important in order to transform how people think about gender around the world. My trans brother is a muse—his courage, his confidence, and his unyielding kindness is what true divinity looks like to me. I wanted that kind of power to carry the music video—plus he looks better with his shirt off than I do – and this is a party song, after all.”

Watch the video for All Mine below: 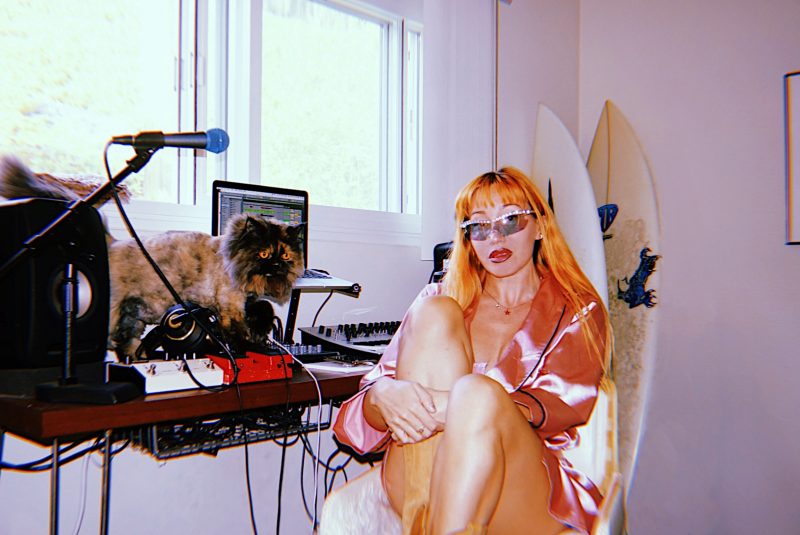 The post LA Synth Artist Chelsey Boy Addresses Trans Visibility and Divinity in “All Mine” appeared first on Post-Punk.com.

Cleveland Avenue show how romance can fall apart in “Untaken”–watch

The new Metal Hammer Podcast is up, and it’s an exclusive chat with Simone from Epica