To celebrate the 20th anniversary of their groundbreaking electro-punk album Light & Magic, Liverpudlian synth-driven post-punk legends Ladytron announce the release of a new visualizer for the song “True Mathematics.” The unearthed footage is part of a series of releases commemorating the record, including an archive teaser reel, a short film documenting the album’s recording in Los Angeles, and more unreleased music videos shot on slide film. Additional delights from the vault will follow until the anniversary of the album’s release on the 17th of September.

This new series of videos is the latest from Ladytron since their 2019 self-titled record, which was their first new album in seven years.

Pioneers of the electroclash scene with the likes of Peaches, and melding the sonic stylings of everything from Krautrock to New/No Wave, to the lighter electronic noodlings of acts like Stereolab, Light & Magic went on to influence countless others: The Weeknd, Goldfrapp, Beach House, Lady Gaga, Christina Aguilera. They even recently made the roster of viral TikTok sounds with “Seventeen.”

The visualizer for “True Mathematics” was filmed at the 2002 Light & Magic tour shows in London and Manchester – and forgotten for the past two decades. They are each creatively edited with abstract light effects to celebrate the band’s past as well as keeping them contemporary and fresh. It is, indeed, light and magic: we see the rare blossoming of a band that eluded today’s ubiquitous cellphone concert footage, and with the monochromatic approach, the video for “True Mathematics” presents them almost like an old clip from the classic NYC new wave show TV Party.

“True Mathematics” is one of several songs on the album that vocalist Mira Aroyo sang in her native Bulgarian, as she explains:

“We first started experimenting with Bulgarian on Commodore Rock off 604, because the language has such a different rhythm. We hadn’t planned on writing more songs in Bulgarian, but the instrumental for True Maths screamed out for something hard and staccato – kind of like The Normal’s Warm Leatherette. We pushed the sound of the language to be as percussive and metallic as possible, beyond the way it naturally is. Live, the song took on a life of its own – it became even harder, almost heavy metal. Also not many bands open their sets with a song in a foreign language, so it felt like a statement of intent. “

“We realised was there was little record of how the band was in the flesh at that moment, late 2002. Nobody had phones with cameras, let alone video. It was Ladytron at its most punk. There was a still a lot of confusion about what we were. Still is. Going through the archives we found these tapes that our UK label had shot in the first days of the tour, and had been long forgotten about. They capture a unique group when it was just hitting its stride, at the very beginning of a world tour for Light & Magic that would last a whole year.”

Watch the new visualizer for ‘True Mathematics” below:

Listen to the full album Light & Magic below: 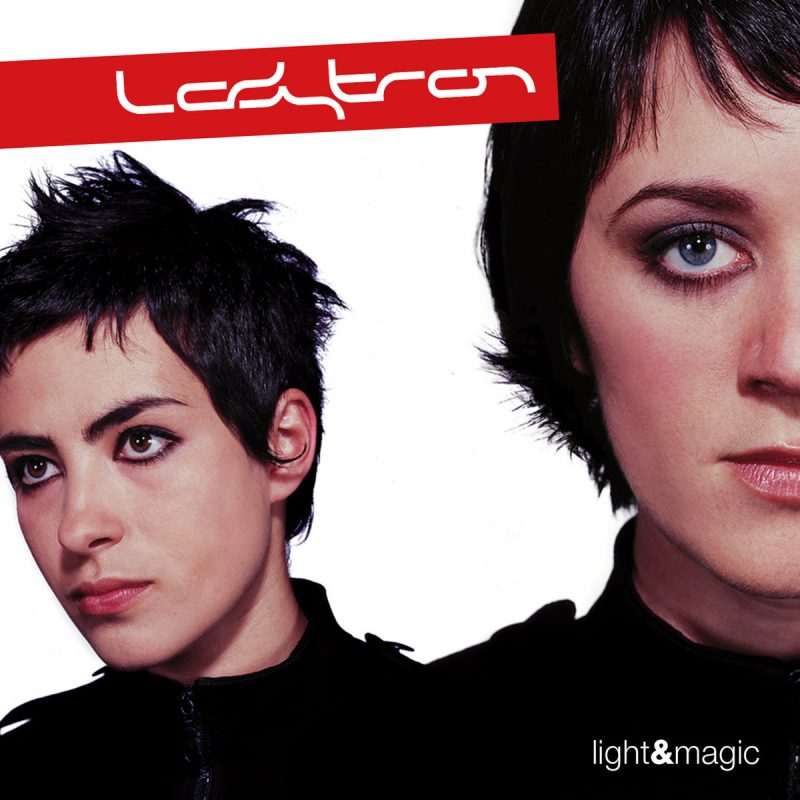