Clover is inspired by her native town. West Coast fringe counterculture and gritty innocence take centre stage in her lyrics as Clover delves into self-discovery, self-creation, and self-preservation. Earning a reputation for explosive live shows, Clover has toured with Death Valley Girls, Crocodiles, and SadGirl.

Her raucous energy is infectious as it is catchy. For Bleed Your Heart Out, Clover looked to her forebears in the City of Angels punk scene of the late 1970s-early 80s: bands like The Gun Club and The Germs; as well as poetic songwriters like Nick Cave, Patti Smith, The Buzzcocks, and X. Hunter S. Thompson’s writing style also played a role for her in writing this album: “Thematically, it explores the intricacies of government conspiracies, self-discovery, love, hate and self-preservation,” she says. “It’s a rallying shout to would-be believers.”

In 2019, Clover sorely needed a life change, so she headed to Mexico City to write. A four-day trip turned into four months, after impulsively deciding to stay to record Bleed Your Heart Out.

Kate spoke to us about the process of creating this album, its inception, and what’s next for the LA songstress.

How does it feel to finally share your debut album with the world? Are there any tracks on the record that you’re particularly proud of?

Surreal. releasing a solo record felt like a pipe dream my whole life. I feel really proud that I reached a goal. Each song has its own meaning and importance to me but I feel very proud of Channel Zero. It was one of those songs that I was tuned into something at the right moment and I was the catalyst. Songs created in that nature are what keep me writing.

Would you say there’s a general thread that runs throughout the album, connecting everything together, whether sonically or thematically? If so, what is that?

Personal evolution and growth, whether it’s good or bad. Examining your true self.  While I was writing the album I was exploring new boundaries within myself and what I felt defined me. I wanted to break away from everything that was holding me back and I found it was mostly myself that kept getting in the way.

With regard to the tour supporting this album, which tracks are you most excited to perform live and share with audiences?

Since my set is mostly punk I enjoy the mood shift when we play Roulette, which has a mellower vibe. I feel so connected to that song because the lyrics are so truthful and raw, which makes it punk to me.

Do you have any new material in the works? If so, how does it relate to Bleed Your Heart Out?

I have at least two albums worth of songs ready to record. ‘Bleed Your Heart Out’ created the foundation for who I am as an artist and I’m ready to build upon and explore more territory. I’m open to follow my muse and seeing where it takes me. You never truly know until you begin.

Listen to Bleed Your Heart Out below:

Kate is currently on a North American tour in support of Bleed Your Heart Out. 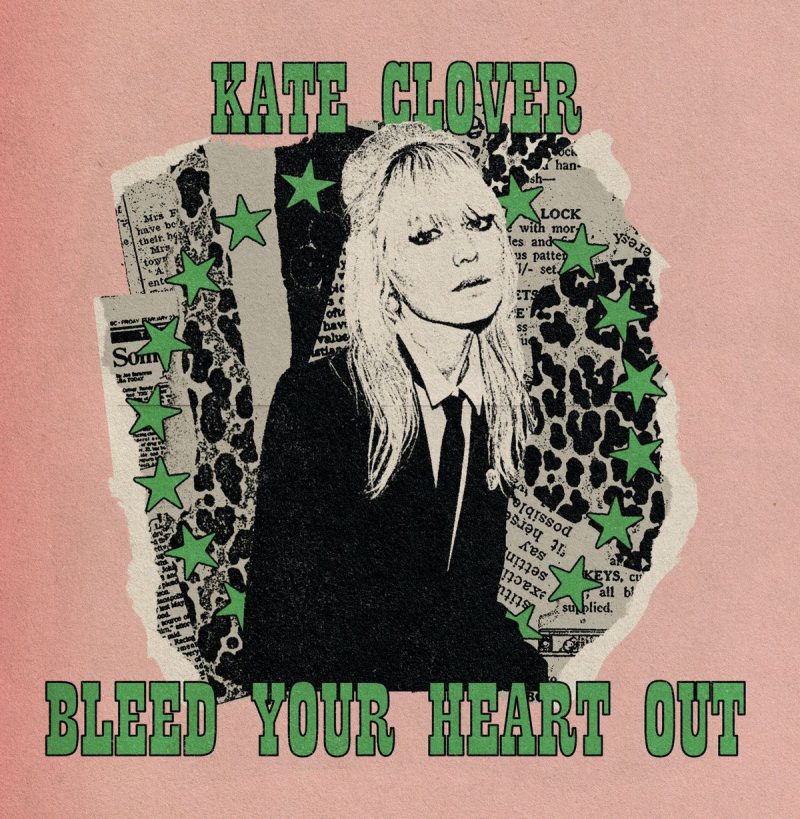 The post Listen to Kate Clover’s Love Letter to the LA Punk Scene “Bleed Your Heart” appeared first on Post-Punk.com.

Alexisonfire confront their fears in new single “Reverse The Curse”—listen