Adam Sweaters writes and releases gloom pop gems under the guise of Ghost Therapy. Ever fascinated by the connectivity between music, spirituality, romance, and the healing properties therein, his holistic practice serves as the launchpad for energetic healing. “Nashville, I Nearly Killed Me” is the second official release from Adam Sweaters, a mellow post-punk single tinged with the soaring folk stylings of songwriters like Nick Cave and Lee Hazlewood. Instead of outlying forces, this is a track about our own introspection, failings, and need for spiritual evolution.

“It may be undetectable, but overall I was most heavily influenced by “Capricornia” from Allo Darlin and the prose of Ralph Waldo Emerson,” says Sweaters. The underlying intent is creating a safe/sacred space for listeners to be surrounded by comfort and encompassed by the healing energies of sound, he explains.

“Of course, all are welcome to simply sing along to a few doomer-tinged, indie pop anthems if the spiritual side of things seems all too ‘woo-woo’.”

Sweaters says he is merely giving a nod to Bowie, Morrissey, and Robert Smith with his songwriting: an offering that is a cohesion of ancient healing modalities intertwined with post-punk vibes. The sadness becomes a therapeutic, often healing experience, leaving the listeners feeling validated and heard.

Listen to the track below: 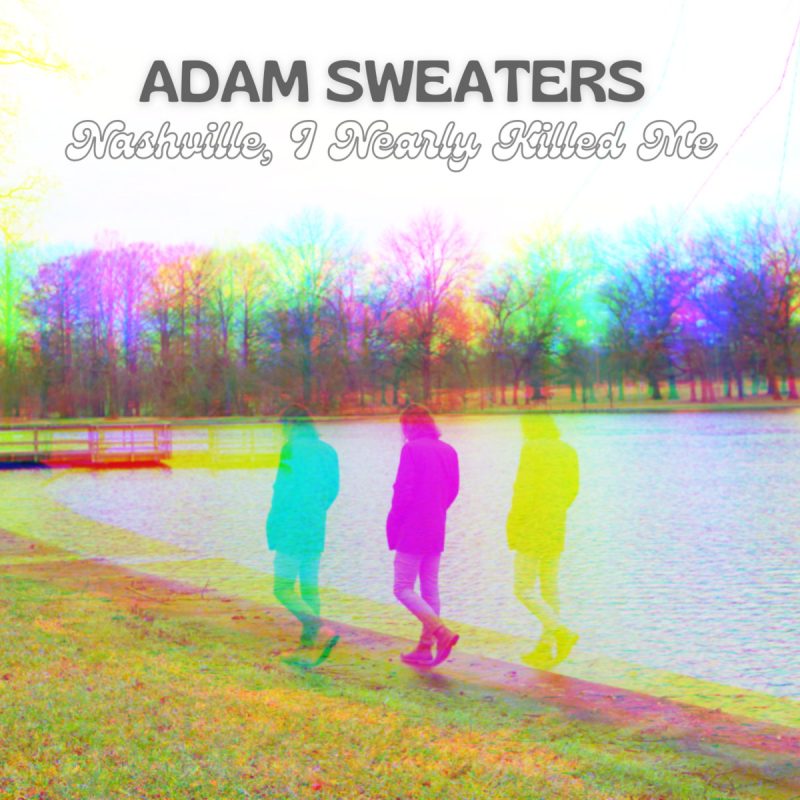 The post Listen to the Gloom Pop of “Nashville, I Nearly Killed Me” by Ghost Therapy (aka Adam Sweaters) appeared first on Post-Punk.com.