Avant-garde Los Angeles project Mellow Code makes a triumphant return with a bizarrely enchanting new 4 track EP, entitled Yells at the Obelisk. After crafting these brilliant new tracks for over a year, Mellow Code offers the listener hypnotic mechanical rhythms with glittering FM synthesis, disturbing frequencies, and new wave vocals. This is a terrific collection of eclectic songs with a highly experimental and creative spin on EBM/Darkwave.

The first release in several years by Mellow Code without any studio collaborators, Yells at the Obelisk opens with a jaunty, Talking Heads-meets-DEVO track sprinkled with heavy industrial elements, called Leaks In The Memory. The second track, Blink My Dead Eyes, has become a fan favorite from Mellow Code’s live-streamed show performances. His deep, resonant vocals for this hypnotic dance track eerily channel the spirit of Ian Curtis. The track Wasser Läuft rückwärts was written in German, partly because of Mellow Code’s interest in performing in Berlin (once music venues are open again).  The EP closes with the title track, Yells At The Obelisk, a pulsating, shimmering high energy darkwave dance number.

There are several music videos currently in the works: some previews can be seen on the upcoming featured performance for DIE IN THE DISCO FESTIVAL on March 27, 2021.

Yells at the Obelisk is now available through Crunch Pod’s Bandcamp here. 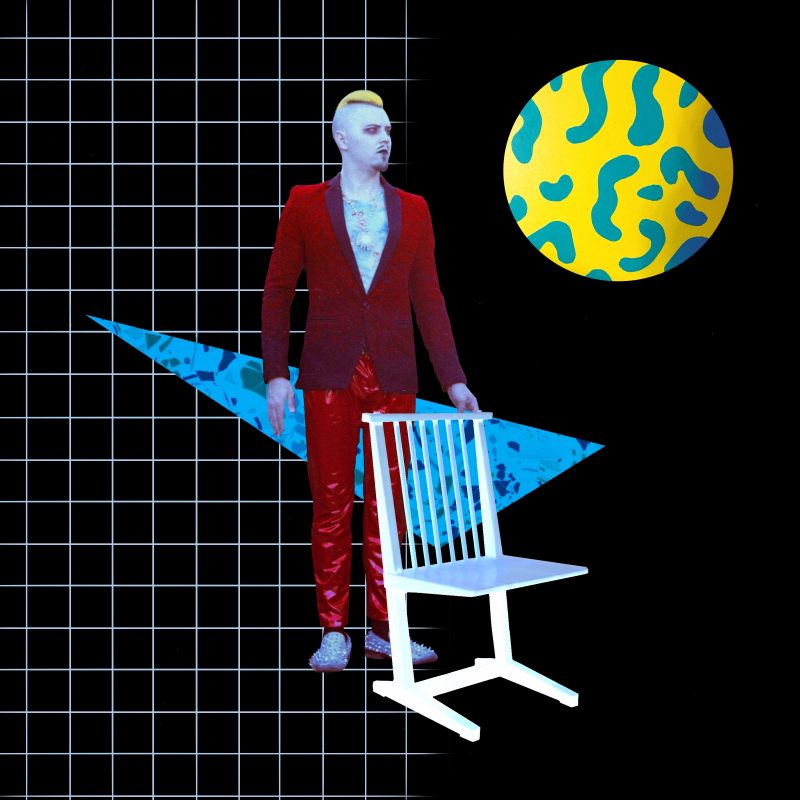