In a touching homage to Joy Divison, the London/Berlin brother-sister duo Francisco and Alicia Parisi, aka Minimal Schlager release their new single: a cover of Disorder. Disorder is the last single from their forthcoming debut EP Voodoo Eyes (Duchess Box Records), slated for release next week.

I’ve got the spirit/but lose the feeling

The eternal struggle of the artist is finding the life balance of creation, pleasure and a livable wage. When this balance is tipped, the spirit detaches, wreaking havoc on the soul of the creator. The constant balancing act topples between the tangible and the ethereal; despair arises when the artist feels the need to create but encounters various roadblocks to completion. Ian Curtis’s own struggles with the art existence, paired with the worsening trials of his illness, erupted in tangible existential agony in the original version of Disorder: the lyrics allude to the precarious situation of the vulnerable artist, through the language of religious visions.

Minimal Schlager’s version of Disorder is astonishingly different from Curtis’s barking monotone – almost unrecognizable with Alicia’s ethereal, gentle cooing vocals that meander away from the staccato precision of the original track. The poignant lyrics of the song are blessed with a new life entirely, as if the phoenix of New Order collaborated with Chromatics or Electrelane. It’s ecstatic, pulsating, electrifying; an unexpectedly emotional lament wrapped in gossamer. Mininal Schlager wouldn’t feel out of place in a future David Lynch project.

“Last summer the original Disorder was stuck in my head for weeks, and everything I was writing in the studio ended up with me shouting “I’ve got the spirit, lose the feeling”, says Francisco. “I guess I was catalysing this feeling of claustrophobia and paranoia during the first lockdown. Sent a demo to my sister at 3am, I had the vocals the next afternoon, finished the rough mix in a couple of hours, and suddenly I felt all that pressure of life going away.”

Minimal Schlager emerged during Spring 2020 during the first days of the pandemic, labouring away on tracks for their debut EP. Their live efforts have mostly been thwarted by coronavirus, but they have made appearances via a live streamed show at Berlin’s legendary 8MM Bar and as support to Sofia Portanet as part of the Synaesthesie Festival concert series. The duo also recently collaborated on a Christimas single with UK punk rock legend Eddie Argos and Berlin indie favourites Gurr.

The video for Disorder was filmed live at Synästhesie Festival, directed by Fran Parisi  with camera work by James Barry & Jo Peters. 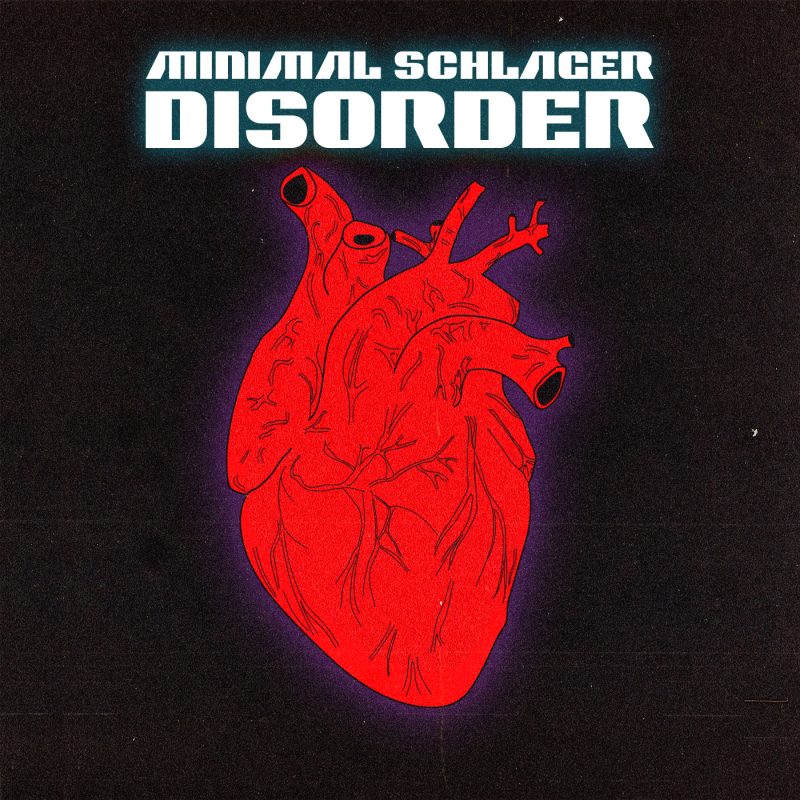