Come with me sing a sad song
There is zero sense in it, but where is he?
Everything is sad in my apartment
Floorboards creak, I’m used to it

Solitude can be a blessing and a curse, but Molchat Doma’s new video, Otveta Net, which translates as “no answer,” addresses the stark madness that memory and loneliness can create after the demise of a relationship. As Quentin Crisp once succinctly stated, “People who are lonely are those who do not know what do with their time when they are alone.”

The exquisitely filmed video, directed by Ira Rokka, depicts an emotionally-tortured man dragging an empty bathtub in a harsh landscape. Interspersed with flashbacks where the weary protagonist embraces a beautiful young woman, the two are seen intertwined in the tub, at once a cozy little cocoon surrounded by icy cold walls. It is a stunning visual metaphor for the regretful number. As with many May-December romances, the seasons changed, and all that remains is a ghost.

Otveta Net is a single from Monument, which dropped in November via Sacred Bones Records. Molchat Doma (translated as “Silent Houses”), founded in 2017 in Minsk, is comprised of Egor Shkutko, who sings the Russian lyrics in his deep tones, Roman Komogortsev on guitar, synths, and drum machine, and Pavel Kozlov on bass and synths. Shkutko’s vocals weave between his distinctive deadpan and hushed introspection, teetering on the precipice between romance and tragedy. A beautiful presentation.

Molchat Doma’s Monument was one of our picks for Post-Punk.com’s Best of 2020 year-end list. Additionally, we spoke to the band, along with their friends in Ploho, about the current wave of post-punk acts from former Soviet Countries and the CIS.

Monument is out now via Sacred Bones. 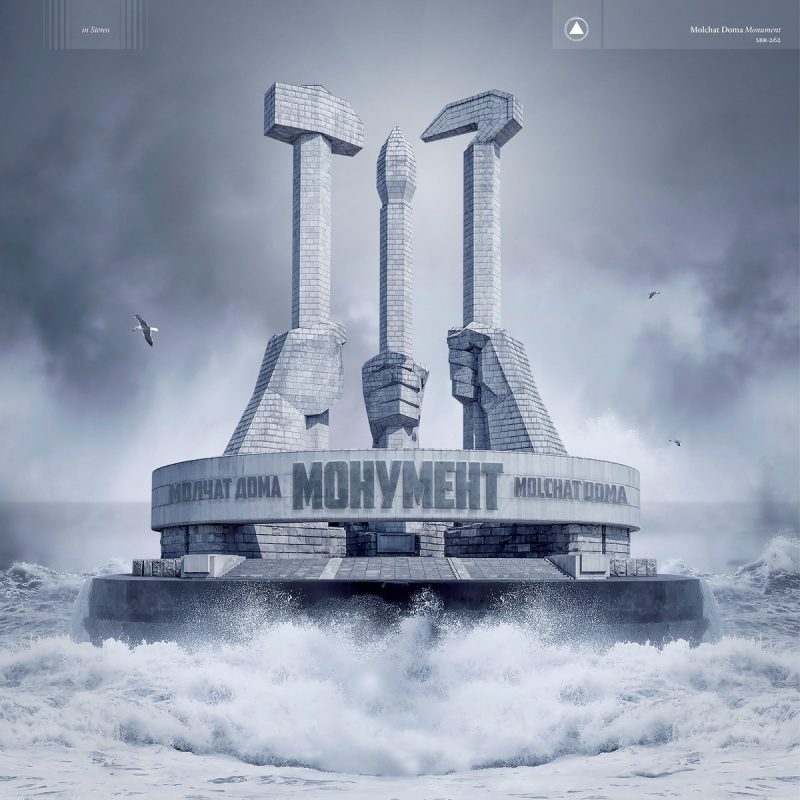