In December, New Order released Be A Rebel [Remixes Part One], a collection of 5 reworkings of the disco-infused song – from New Order’s Bernard Sumner (Outlaw Mix), as well as international renowned DJs Paul Woolford and Maceo Plex – recommitting to the band’s dance floor legacy.

Now, it’s the turn of the multifaceted artist, dance music guru, label owner, and influencer Mark Reeder. His history with New Order runs deep. Originally hailing from Manchester, Reeder moved to Berlin in 1978,  where he became the German label rep for Factory Records. He went on to form his own band, Die Unbekannten, who later became Shark Vegas and toured Europe with New Order in 1984. Bernard Sumner produced the band’s seminal single for Factory, You Hurt Me, in 1986. Reeder’s electronic dance label, MFS, has nurtured the careers of Paul Van Dyk.

Reeder’s documentary about his life in Cold War Berlin, B-Movie: Lust & Sound in West Berlin, inspired New Order to use some scenes for their Singularity video from last album Music Complete. Reeder also remixed that track.

He reflects upon this remix of Be A Rebel:

“Although I have been friends with Bernard Sumner for over 40 years, I am like any New Order fan really, always excited when I hear there is a new release. Once again, it was a great honour to be asked to remix Be A Rebel, especially because it is a song that I could really identify with and I knew instantly what I wanted to do with it.
We’re living in trying times and I think everyone needs a song that both inspires and uplifts our spirits and I have tried my best to contribute to that emotion… I feel this song has such a positive message and I hope you can feel it too?”

Additionally, Mark Reeder is set to release a new album titled subversiv-dekadent, out on the 12th of March.

“subversiv-dekadent is a double album collecting tracks and remixes that I have remixed, co-written, and/or produced with artists from around the world.

It includes a special, exclusive alternative remix version for the latest New Order single – “Be a Rebel”, and my reworking of iconic 80s hit, vicious games by Yello, it also contains my remixes for The KVB, and Liars, as well as songs I co-wrote together with Fifi Rong, Stolen, Deer MX, Birmingham Electric, Cemetery Sex Fairies, MFU, Queen of Hearts, Zachery Allan Starkey, and Mr. Sam as well as a couple of solo compositions – created in Berlin.

As it’s presently not permissible to travel, I present sounds by artists from around the globe, from the USA to China and everywhere else in between.

“I want to show how we can cross borders culturally with music, especially when tolerance and open-mindedness seem to be teetering on the brink of a pit full of insanity, racism, and intolerance, all ready to be pushed overboard by budding dictatorships and fuelled by the restrictions of not being able to travel to broaden our horizons.

Music is our escape.”

Listen to, Stream, and buy “Be a Rebel” Here

Due out on May 7, Education Entertainment Recreation will be available to purchase on multiple formats, including a 2CD set, a 2CD set plus the filmed concert on Blu-ray, a 3LP set, and a limited-edition box set that includes the 2CD edition, the 3LP edition on clear vinyl, the Blu-ray film, a book and art prints.

The box set is available only on the band’s website. 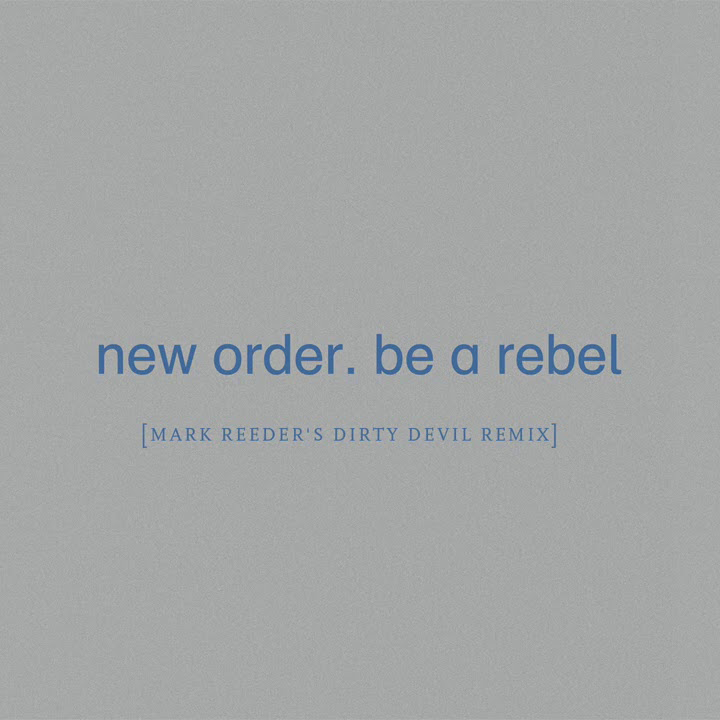 The post New Order Debut Mark Reeder’s Dirty Devil Remix of ‘Be a Rebel” and Announce 2021 US Tour Dates appeared first on Post-Punk.com.

A Wilhelm Scream gets vinyl represses