Brothers Lennon and Christian Nichols, aka New-Wave duo Adored, have returned with a second offering: Midnight Sanctuary, the introspective second installment of a multi-faceted art endeavour.

Lyrically, the band repeatedly asks the listener “what do you want?” while exploring themes of pain, premonition, and desire.

“Midnight Sanctuary is the artist’s studio; it is the dance floor,” says vocalist and guitarist Christian. “It is wherever you house your passion. It’s about chasing your innermost desires, especially when those things seem so far away. That said…the body is the Temple, and that presents meaning in itself.”

The up-tempo track creeps in with eerie synth pad, followed by a quick-paced rhythm section with a nod to Pornography-era Cure, breaking only once to catch its breath before a danceable outro.

The visual companion piece to Midnight Sanctuary whisks Adored from the frozen world of photo stills into their self-directed, filmed, and edited motion picture. Turning their home recording space into a makeshift video production studio, the siblings foray into conceptual DIY-filmmaking, pulling influence from the likes of Quentin Tarantino, Anton Corbijn, and late-Eighties infomercials.

Adored‘s dreamy eponymous single laid the groundwork for their direction and aesthetic tastes. Post-Punk.com reviewed the offering last October and their determined, DIY approach proved charming and ambitious. The video feels like a time machine to 1982, with lo-fi elements, nods to performance art, Venetian blind backgrounds bathed in “Red Light”, and New Romantic fashion. Midnight Sanctuary would be right at home nestled in a John Hughes soundtrack during an epiphany montage after a life-changing moment.

“With the upcoming releases we are planning, you will get an idea of the wide range of our abilities,” says bassist/vocalist Lennon. “…I think we will cement a unique spot for ourselves as a group. Our sound is really going to develop with these next batch of songs and I’m hoping we surprise people and satisfy them with a sound we feel has been missing for a while.”

Watch the video for Midnight Sanctuary below: 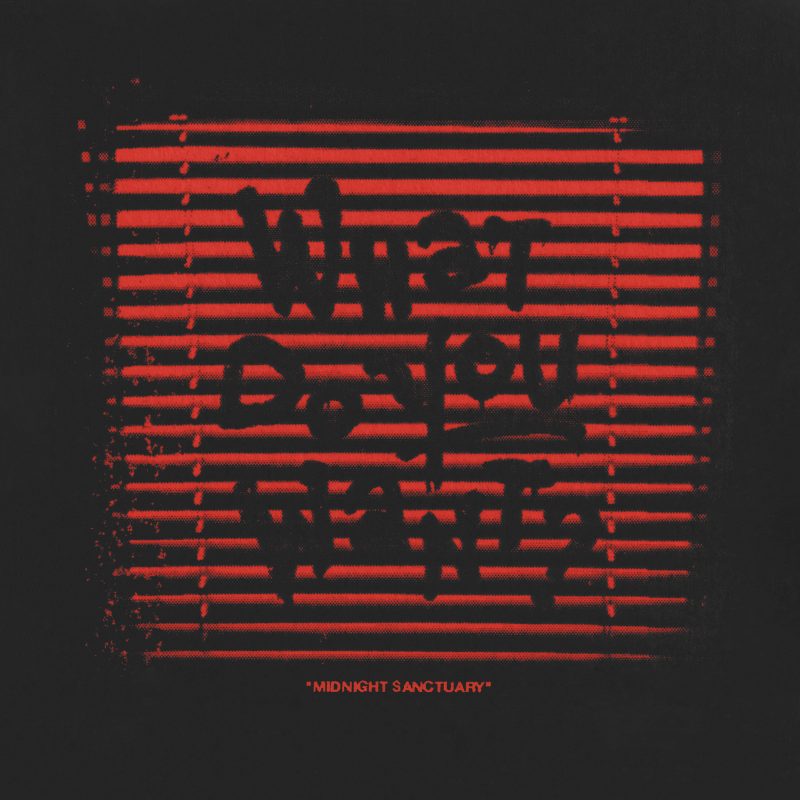