Darrin Huss of the legendary synthpop band Psyche has announced a vinyl crowdfunding campaign via Bandcamp. The LP, Intimacy (Reborn), is the final album made by brothers Darrin and Stephen Huss (who sadly passed away in 2015). Darrin writes:

Intimacy was recorded by Stephen and I for the most part between 1993-94. The song “Freaks” was a well liked obscure club hit. “Broken Heart” and “The Cathedral” became fan favourites. This was the final album with my brother Stephen, and also included two great songs by collaborators in Germany: “Love Is A Winter” and “Heaven In Pain.” As well as the beloved instrumental “Crucible 28” by David Kristian. Previously only on CD in 1994, the sound has been updated, and improved. Also with the original drawings created by artist Fabian Fröhlich. This album was the weirdest collection of Psyche moods ranging from Loungey chill out to creepy dark hymns written while Darrin lived in the Red Light District of Bochum, Germany.

“Join our campaign to release Intimacy in it’s remastered format with lyrics insert and original intended artwork on 180gr Grey vinyl. You can make this happen! Not only for true Psyche fans, but collectors of legendary electronic music releases brought out of obscurity and on to your turntable! Now is the moment to take part in the first ever vinyl release of Intimacy (Reborn) with all these unique songs including the definitive version of Heaven In Pain our cult electro hit mixed by Karl Bartos of Kraftwerk. This was previously our first album released on CD only, and the last recordings of the HUSS brothers as Psyche.”

There are 14 more days to help fund the album. Find more info here. 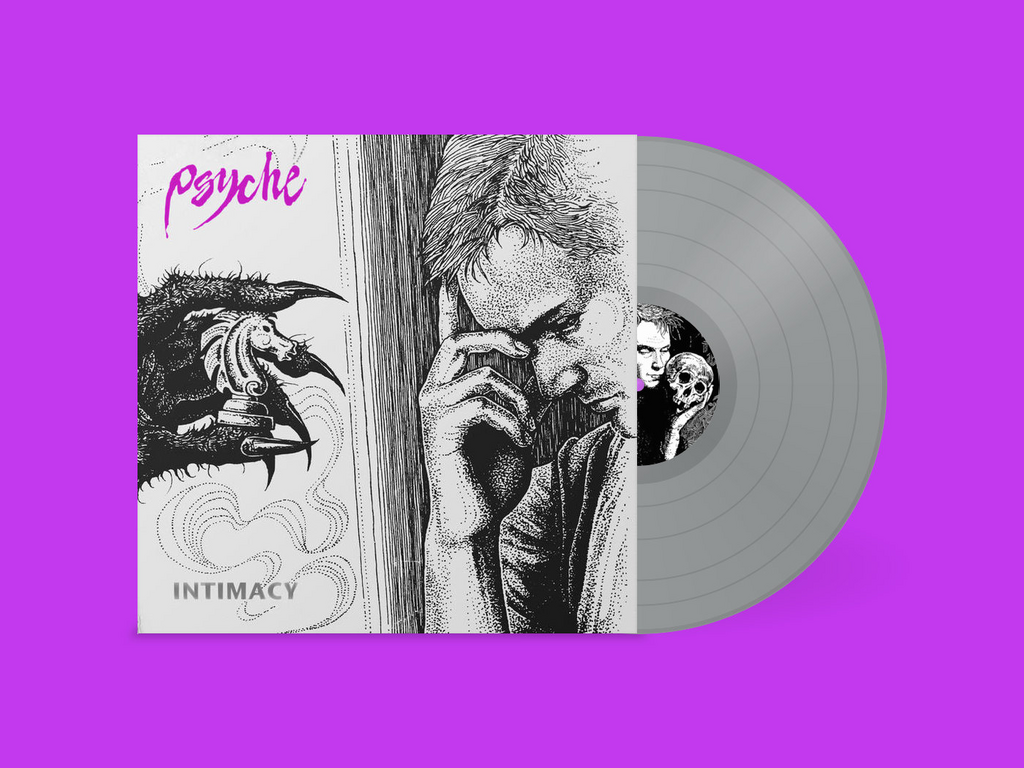