Saccades, the solo project of The KVB’s Nicholas Wood, has announced the Flowing Fades LP and, along with it, the record’s first single, “Islands Past”. While Wood’s work in The KVB explores the sounds of stark and minimalist post-punk and coldwave, the Manchester-based artist’s solo output under the guise of Saccades is a blissful daydream of warm psychedelic pop.

On Flowing Fades, Wood recalls: “I began to properly work on this album after returning from The KVB’s North American Tour in late 2019, my head filled with new inspiration for this project and a clear idea on how this album should sound. I wanted to create something soothing and immersive. Music for escapism, which can be listened to at sunrise or sunset. Even though it’s lighter and mellower than my usual output, I feel like there are strong hints of melancholia in there too, reflecting the world in which it was created.”

“Islands Past” is a song that weaves a melange of idyllic synths, roaming psychedelic guitars, and dreamlike vocals, setting the perfect tone for visiting those warm moments etched in comforting remembrance.

Speaking on “Island’s Past”, Wood remarks: “This is the first track I worked on for the album and I think it is the clearest link between the first Saccades album and this new one. It’s a song about the effect nostalgia and memory has on our lives. Trying to move forward, but knowing that the past is always there behind you. Sometimes it’s good to look back, but then sometimes it’s not and it’s about trying to get that balance right within you. The initial musical idea came about through me trying to recreate the opening chords from the soundtrack to Taxi Driver on guitar.”

Watch the video for “Island’s Past” below:

Nick Wood is best known as making up one half of the synth/post-punk duo The KVB. Signed to Geoff Barrow of Portishead and Beak’s Invada Records, over the last ten years the duo have toured extensively and picked up a loyal international fanbase. A marked departure Nick the gloomy atmospherics and minimalist electronic experimentations of The KVB, 2017 saw Wood debut the Saccades project with a self-titled debut album, released to high-praise on London-based label Fuzz Club.

The follow-up to that debut, Flowing Fades once again sees Wood bring summery synths to the foreground, with melodies and lyrics alluding to the works  J.G. Ballard and Serge Gainsbourg wrapped in lush 80s dream pop and yacht-rock.

Flowing Fades is set for release on April 9th via Fuzz Club Records, 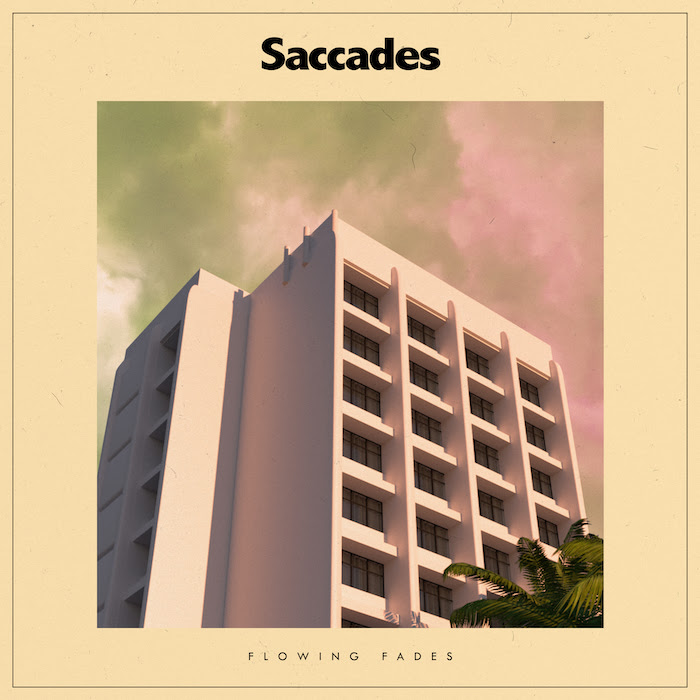