Los Angeles snuff pop queen, Patriarchy, is back from a brush with Thanatos himself with Geneva Jacuzzi’s slithering remix of 2017’s I Don’t Want to Die. Originally written with former bandmate Andrew Means (3Teeth) as a pet project, the track off the album Asking For It, along with the Iggy Pop inspired “He Took it Out”, was penned as a reply to Legs McNeil’s oral history of punk, Please Kill Me (with a generous side helping of Sex and The City).

Despondent after the death of her hero David Bowie 5 years ago, Actually of Patriarchy almost quit music to focus on film. This changed, however when Andrew Means reached out for a collaboration. “I thought his music and band were pretty sick,” she says. Actually then joined forces with Means, which led to a positive creative working arrangement. Despite a very on the nose—Bowie-esque bout of “Kether to Malnutrition” during the creative process, and resulting pneumonia at the time it was written, “I Don’t Want To Die” was completed start to finish, with two other tracks, in just three nights. “This is why many of the remixers for this remix album questioned me as to why the vocal tracks sounded like they were done in the second circle of a dormitory in hell,” quips Patriarchy. She claims the song serves as a mirror of sorts for the struggle against artistic death and her “fantastical self-martyrdom.”

Sadly, between the creation of the original track and the remix, Patriarchy lost nearly everything in the California wildfires. She was in Athens performing at the Biennial when tragedy struck, and her father’s property, as well as countless pets, burnt to a crisp. “It was difficult, but I am not a Pharaoh and I won’t be taking all that stuff with me,” she says, determined to paint the experience as her ‘phoenix moment.’ “I already had my favorite MM shirt, my snake was being snake-sat by a friend, and of course I had my most current hard drive and laptop. So, I had what I needed to continue with my new Patriarchy journey.”
Collaboration with Geneva Jacuzzi proved a perfect fit for the rebirth of her track, given their shared flair for theatrics and similar creative circles. Patriarchy praised her enthusiasm, “sensory magic dance sparkle” and joyful interpretation of the song.

“It is more than a remix – it is a rebirth to be honest!” she says. “I have known Geneva as a fellow artist/performer for many years…It took quarantine and her reworking of my stems to finally make that bond. It is the saliva-swap of actual art that always creates the true connection.”

The metaphor-heavy accompanying video features an art performance dedicated to the Hellenic Snake of Wisdom. “We venerate the suicide and resurrection of the Raggedy Androgyne, and we dance to the death rattle of the masked executioner’s blade,” explains Patriarchy.

The lyrics of I Don’t Want To Die could refer to the current climate of fear and destruction of truth, but Actually leaves that up to the listener make their own interpretations. “I am not only a closet romantic; I am also a closet patriot,” she says, noting that the video colour scheme was entirely red white and blue, and features her snake, Socratina Jefferson, who does not like tyrants inciting a mob to overthrow Democracy, a concept born in Actually’s spiritual second home of Athens.

I am the temple walls.
I am there when they fall.

I am the blood that fills your throat.”

I Don’t Want To Die is here:

Reverse Circumcision is out on January 29th, 2021 via DERO Arcade. 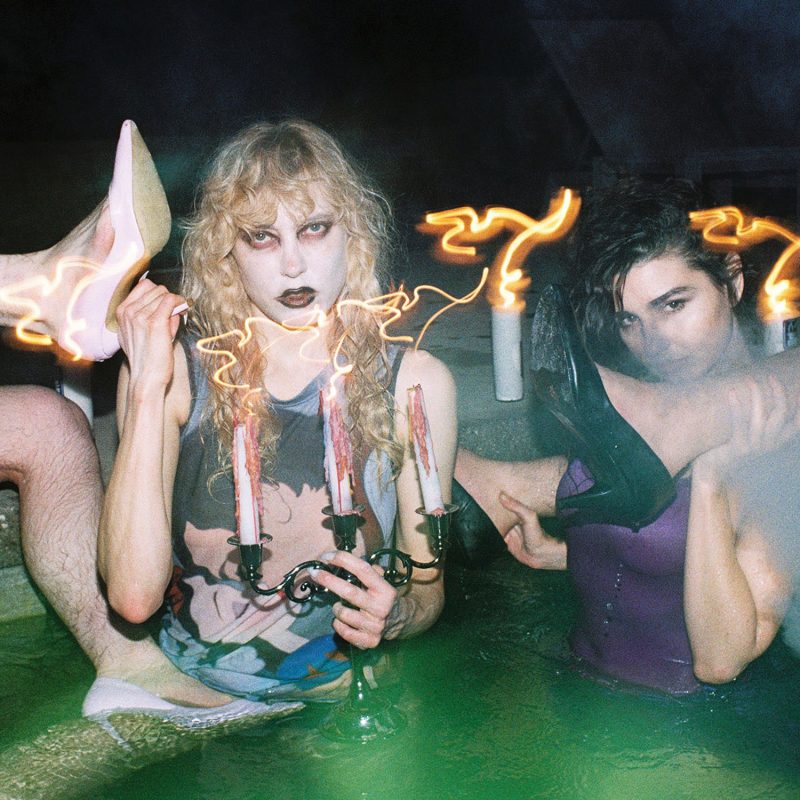 The post Snuff Pop Act Patriarchy Collaborates with Geneva Jacuzzi in the Remix Video for “I Don’t Want to Die” appeared first on Post-Punk.com.