Spain’s LA FIESTA TRISTE is the sonic project of Javi Andreu (a.k.a. Fête Triste). The self-taught musician and producer created this project from the ashes of former bands in which he has participated.

Their spine-chilling, sinister single, La belleza del óxido (The Beauty of Rust), appears on their new album Crepuscular, a post-punk, Darkwave/minimal technopop 8-song album, which closes a cycle of several years producing and composing. “The sonic and aesthetic thread of the album is the reference to rust: noise, squeaks and metals,” says Fête.

The music, the concept, and the cover designs were conceived and created entirely by Fête, except Todos contra todos, inspired by an original song by Sergio Alfonso. The theme To Helen is a tribute to the romantic literature of Edgar Allan Poe, with lyrics taken from the author’s poem. La belleza del óxido suggests a reflection on the passage of time, a metaphor for our fleeting existence. A poetic vision of the corrosion of the skin, of the soul, of age, and of death, showing the beauty that exists in this decadent process, just as happens with the oxidation of metals in their exposure to time and the elements.

After some self-produced works, such as Ciudades Invisibles (2000), Minimalista (2005), or Desaparecer (2019), published on CD and digital platforms, La Fiesta Triste is committed to DIY production and retuning to vinyl release in this edition, via GH Records.

Watch the video for Crepuscular below: 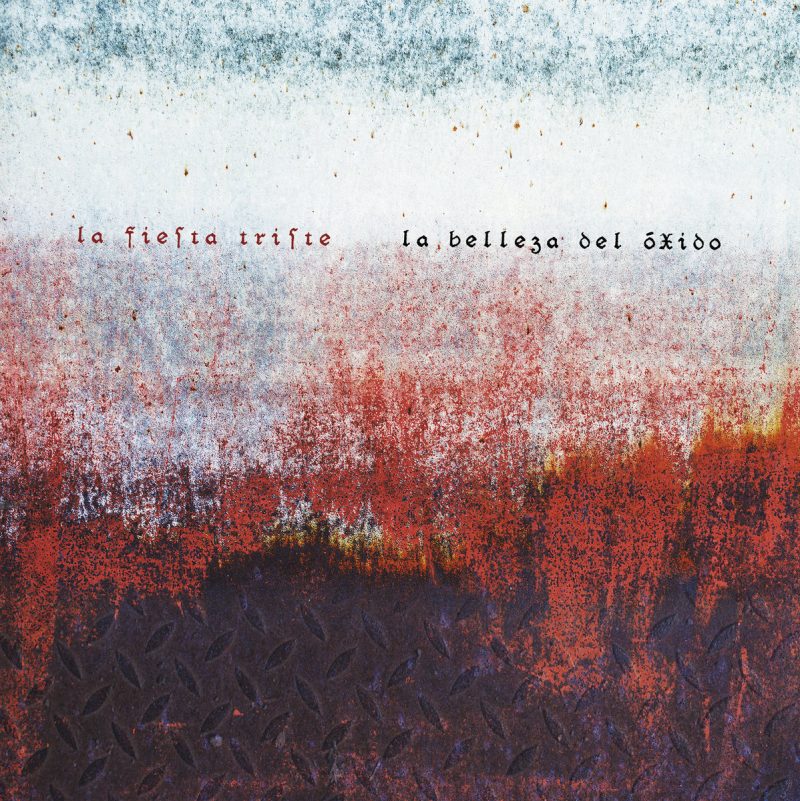