The profound but austere minimalist Spanish post-punk band Nunca Nada sprung forth from two ex-members of Antiguo Régimen.  The Valencian group became a trio with the recruitment of another from the lysergic pop band Tercer Sol.

With the tracks on their latest LP, Discordia, the band places an emphasis on the void, the intensity of their music still shines through their disarmingly simple lyrics. They hold elements similar to post-punk/new wave bands like Glorious Din, Chameleons, Wire and Wipers.

The band expounds on their philosophy, asserting the makeup and style become inauthentic when viewed through a lens of frustration. When silence is not an option, there is confrontation. “The day-to-day truth, unavoidable by its own nature, is spit out and proclaimed: everything is lost, there is no possibility for a positive outcome,” they say.

Nunca Nada recorded Discordia with Pablo Peiró at Sountess Studio. It was released by Flexidiscos and BFE Records.

Have a listen below and order here. 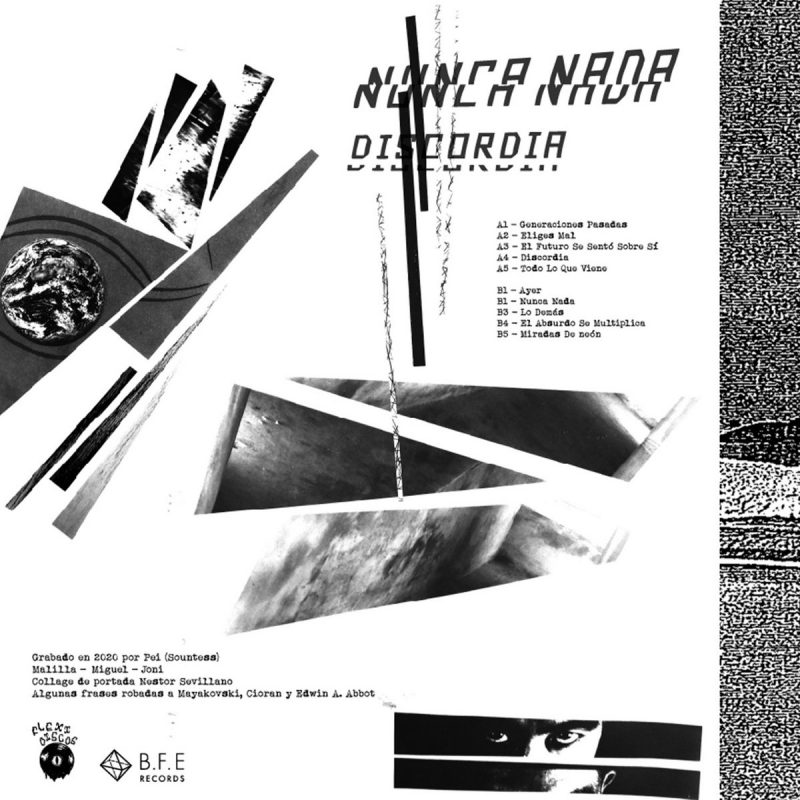 Kathleen Hanna’s Tees4Togo highlights the space between art and activism