Los Angeles-based conceptual and multimedia artist Laura Callier, aka Gel Set, dissects the mythos of American car worship in her Lynchian video for Next Exit. The synth-pop track comes off her upcoming album Tone Invasion (2MR).

Callier explains the origin of the song as being about an old flame’s car that had gotten stolen and abandoned once it ran out of gas, imagining herself as the thief: “…the longing for an escape to a better life, running from the idea of “wherever you go, there you are,” the hedonism of joyriding and abdication of responsibilities out on the road,” she says. “I envisioned the women in the video as a mix of Thelma and Louise mixed with Daisies in a David Lynchian world of perverted Americana.”

She goes on to note that cars comprise much of the post-WW2 American identity, thanks to reinforcement in classic film, television, and music. Long, open highways represent the American dream: that pioneer spirit of upward mobility and manifesting one’s own destiny through grit and determination. Muscle cars, Kerouac, and rugged individualism represent mastering a climate-controlled environment in an expensive, oft-dangerous status symbol. Purchasing a car at sixteen represents a uniquely American rite of passage into adulthood…and independence.  “What could exemplify rugged individualism more succinctly than stealing a person’s car, or life, as you make your way to a better one, without concern for how it affects them?” asks Callier.

The retro-tinged, cinematic video was beautifully directed and edited by Laura Callier Videography and stars the singer herself with collaborators Margot Rhodes and Peter Bixby Ryan.

Tone Invasion is Callier’s first full-length release as Gel Set since 2017’s Body Copy, wielding the same multifaceted electropop, this time with even more precision and thoughtful insight around the concept of sound as a personal invasion; a thought crime.

“A song can shatter our peace and ruin a trip to the drugstore with memories of a relationship that soured. Another can soothe our pain by reminding us that we’re not alone. Sounds too, it seems, have the power of an invader, with consequences both catastrophic and cathartic.”

Noah Anthony (AKA Profligate) mixed the album, marking the first time Callier ever brought in an outside collaborator for her solo work. She was understandably hesitant.

“I feared that if a male touched my songs, he’d end up getting all the credit, as sometimes happens in this world,” she explains. “Noah had my explicit instructions to only mix the album and not touch anything else, but to my chagrin I absolutely loved the other suggestions he had.” In the end, an outside perspective proved refreshing, and Anthony ended up co-producing and contributing original instrumentation to several songs.

No matter the song’s subject, however, Callier’s deft command of sonic interlopers keep Tone Invasion infectious, accessible, and highly intelligent electropop; her sense of winking levity assuring us that there’s still some fun to be had in darkness.

Watch the video for Next Exit below:

Tone Invasion will be unleashed to the world on the 30th of April.

Vinyl copies of the album will be limited to 200 hand screen printed copies by Callier, Dylan from Some Ember, and Margot Rhodes. 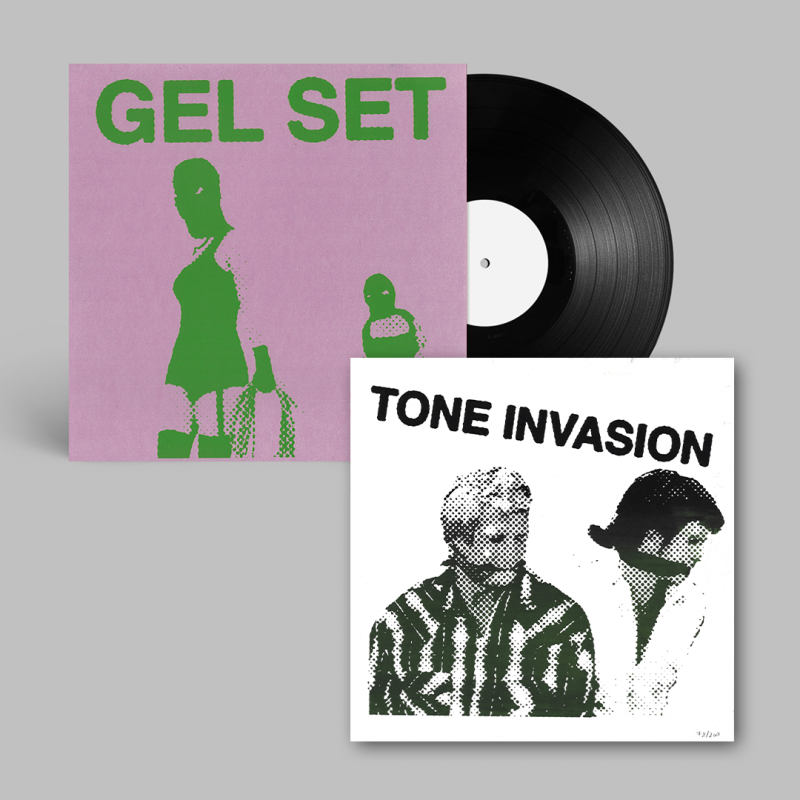 The post Synth Artist Gel Set takes the “Next Exit” in her video from New Album “Tone Invasion” appeared first on Post-Punk.com.