Michigan’s Same Eyes brings an unheard approach to modern soft-focus synth-pop that is equally emotional and danceable. This is encapsulated and exemplified in their debut full-length Parties To End, out 22 January 22nd on their label Desperate Ones.

Initially drawn together through their house painting gig, their mutual love for drum machines and synthesizers led to a creative partnership in the Summer of 2019. The duo are constantly writing and recording new material through email and sporadic sessions in an Ann Arbor basement, joined by regular collaborators Fred Thomas and Dykehouse.

Parties To End was recorded between June 2019 and January 2020 in their Ann Arbor basement. The album fuses modern post punk with classic 80s new wave sounds to create a new approach to modern synthppop. Created primarily with analog instruments and synthesizers, it was mixed by Be-Hussey at COMP-NY in Los Angeles in February 2020 and mastered by Warren Defever at Third Man Records in Detroit.

Hughes’s lyrics touch on topics such as lost love and betrayal (Forever) and yearning to break free from suburban midwest life (Outlaw). This record acts as a document of what Same Eyes has achieved in the first year of their existence, and their plans for the future. Always moving forward, Same Eyes are constantly hard at work crafting their sound and looking towards their next record.

The accompanying video for New Wage, filmed By Sam Gottlieb and Daniel Wall, is a time-bending dive into the underbelly of a vanished nightlife. Is it 1983 or 2021?

Likewise, Lexie Dungan‘s animated psychedelia for Forever stands out as an artistic triumph.

“We are extremely proud with the work we have done to bring this record into the world. We are also endlessly thankful to our friends Dykehouse, Be-Hussey, Warren Defever, Fred Thomas, and Serge Van der Voo for all they did to truly make the record shine. While we are extremely excited to release Parties to End to the world, we are constantly looking to the future and are already planning LP2.”

Same Eyes” debut album Parties To End is out now. 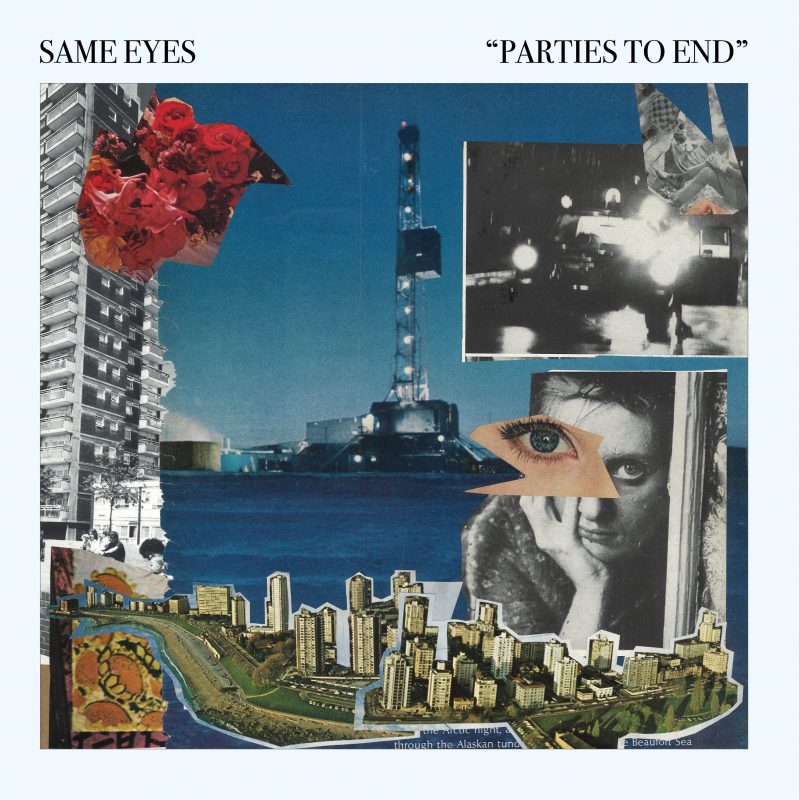 iDKHOW reimagine “Leave Me Alone” into a melodic piano ballad—listen

Neighborhood Brats have a new album in the works