The mastermind behind Uj Latasmod Fuzio is Gaspar Kornel, an active contributor of the international minimal synth community. Kornel has published many songs and releases and appeared in several compilations all over the globe under different monikers: Uj Latasmod Fuzio, Nosztalgia Direktiva, G.K. Agenda, Cipolla Variete, Post Festum.

“The idea was born a long time ago that Uj Latasmod Fuzio and Csermanek Lakotelep should collaborate, but it materialized only around 2012, in the form of Betonrama,” says Kornel. “We were also surprised at how much of a hit it became, although we were already aware at its birth that an exemplary masterpiece had succeeded. We’ve played a lot of times over the years, so we agreed a few years ago to remove it from the repertoire, to avoid getting overwhelmed.”

On this 7″ is one of Uj Latasmod Fuzio’s biggest hits, Betonrama (a collaboration with Hungary’s leading synth-punk band Csermanek Lakotelep), available first time on vinyl. At time of its initial release, everything was published solely on cassette. Fuzio is pleased that his compilation album, Central Heating, is finally out on vinyl with a beautiful cover. “A worthy conclusion of a glorious era,” he says.

This compilation cassette also featured the track napok csak jönnek egymas utan, released under the name Cipolla Variete to distinguish it from his other material. “This song hasn’t gotten boring,” Kornel explains, calling it “a real East-Central European bitter longing, perhaps one of the most beautiful Hungarian chansons composed for analog synthesizers – if I can be so immodest.”

You can, indeed, Mister Kornel. This is good stuff. Enjoy. 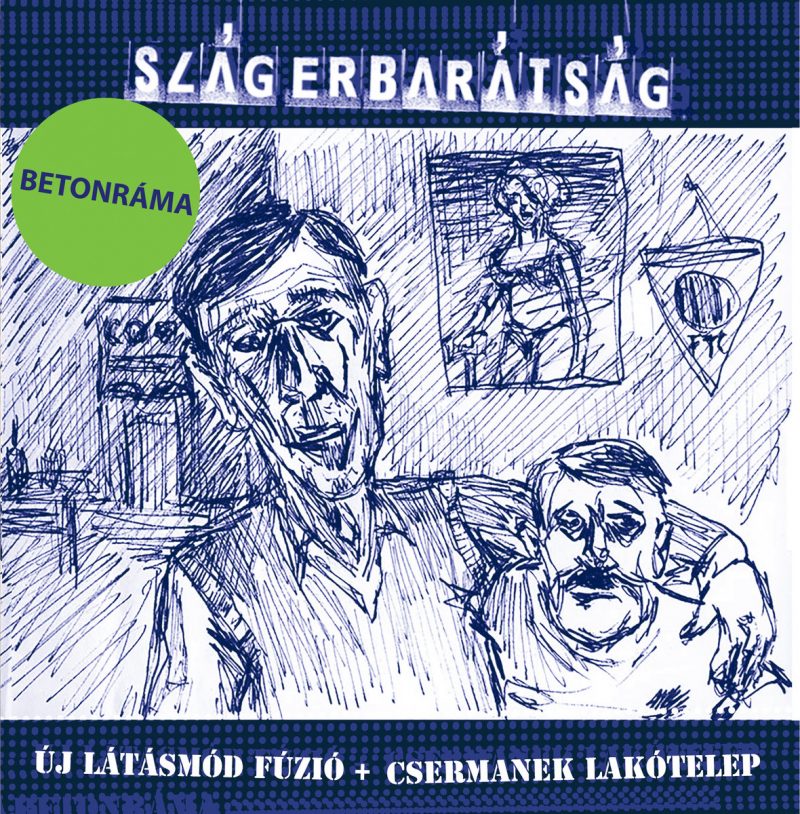