Many have wondered what trajectory the life of Wednesday Addams might take. What kind of person would the precocious, deadpan wielder of headless dolls and guillotine play grow into?

The Addams Family, created by American cartoonist Charles Addams in 1938, has appeared in print, Addams’s macabre paintings, two live-action TV series; a live-action film franchise, and most recently an animated movie with an upcoming sequel. Breaking away from the family as a unit and focusing on Wednesday is a new development, but a welcome one.

Netflix’s Director of Original Series, Teddy Biaselli, agrees, calling Wednesday the ultimate lone wolf.  “When we first heard Al Gough and Miles Millar’s pitch for Wednesday we were struck, like an arrow from a crossbow, right in our hearts. They nailed the tone, the spirit and the characters, but gave us a fresh way into this story,” he said. “Tim has had a history of telling empowering stories about social outsiders like Edward Scissorhands, Lydia Deetz, and Batman. And now he brings his unique vision to Wednesday and her spooky classmates at Nevermore Academy.”

Gough and Miller are no strangers themselves to the backstories of beloved characters. Like Superman, Wednesday Addams has her own mystique, cult following, and complex personality. Using her intriguing character as a launchpad of inspiration is a stroke of genius.

Looking forward to it. 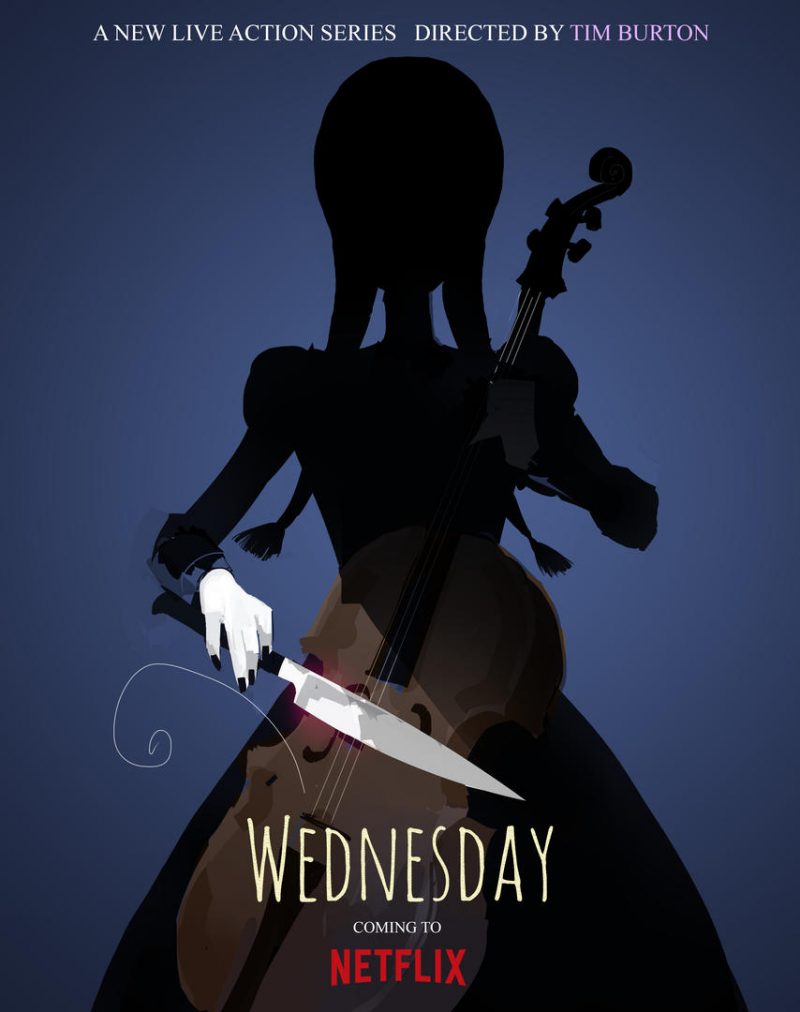