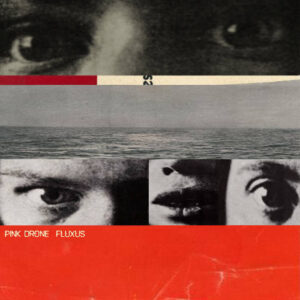 Pink Drone recorded and released the hypnotic, synth-driven album Fluxus late in 2020. It’s recently picked up attention from 6 Music, with Gideon Coe playing a few tracks in the evenings. Iain Key investigates for Louder Than War.

Pink Drone is the solo project of John Rose, formerly of Urmston, Manchester, now residing in the picturesque Market Town of Ledbury, Herefordshire. John is an all-round creative, be it art, music, poetry or podcasting.

Although now living in the Midlands, his musical roots are firmly Mancunian. “The first band I ever saw was The Clash at Manchester Apollo and I’ve never forgotten the life-changing impact it had on me…one hell of a gig. I was a member of the Hacienda in the early 80’s and saw some great bands over the years and ended up following The Stone Roses around the country from their early gigs at The International in 1987. I loved Afflecks and Piccadilly Records and Vinyl Exchange back in the day and I worked at the Manchester Evening News and as a printer”.

The rhythm of the printing presses and the influences of someone growing up in Manchester at that time can clearly be heard throughout the album. Rather than being nostalgic for the post punk years, John has created an occasionally haunting soundtrack for a film, one of unseen silent movies of urban landscapes with the only narration being an Anthony H Wilson voiceover opening the piece explaining; “Fluxus is an international avant-garde collective or network of artists and composers founded in the 1960s and still continuing today”.

It may be a good point to mention, as well as the sound being very Factory-esque, aesthetically the look of the release gives a nod to the likes of Linder Sterling and Jon Savage.

It’s hard to select one track I’d recommend listening to. If I was forced, today, it would be the instrumental European. It’s edgy and slightly disturbing, like John Carpenters soundtrack to Assault On Precinct 13 but set in Moss Side rather than Los Angeles.

For all the obvious electronic influences on the sound of this release; Kraftwerk on Signals and also The Underground; Wire on The Truth or early Human League on Communication; there are also elements of Biting Tongues, Section 25 and The Normal. It’s a rich selection of songs which rewards repeat listening as there are so many layers to each track. 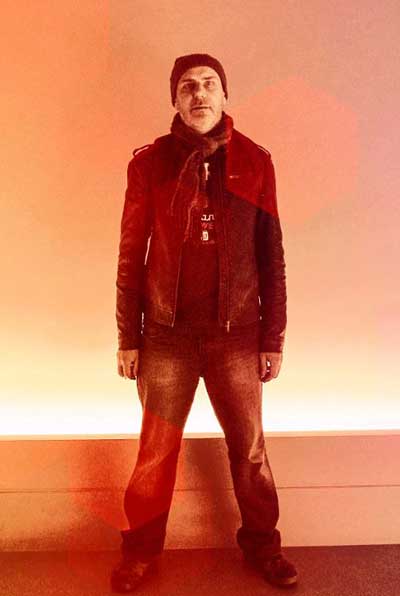 For more information on Pink Drone visit Bandcamp, Facebook, or Under The Wires.