Raising anchor from their origins in the dream-pop and shoegaze scene, German Duo SEASURFER sails towards new horizons with the 16 tracks of their third studio album, “Zombies”. Still weaving lush and hazy sounds, drenched in layers of reverb and sonic textures, the music featured on the band’s double album now includes more synthetic beats and rhythms. With this new direction, the band wanders into the icy realms of dark electronic noise-pop, pulling strong influences from the post-punk and cold wave genres of the early 1980s.

Zombies paints a vulgar picture of the dismal nightmares and abyssal horrors of the current day. Yet in this darkness, Seasurfer finds a light at the end of the tunnel whose hopeful catharsis shimmers with songs full of compelling basslines, resonating guitars, ethereal synths, and pop melodies, led by songstress Apolonia’s empyreal vocals.

For the first time, SEASURFER mastermind Dirk Knight recorded all instruments by himself, adding a few vocals.

“‘Zombies is the title track of our third album, which recording and mixing was mostly completed during the Covid-19 lockdown in spring 2020. So the pandemic situation surely had an impact as we felt remotely controlled by a virus that suddenly rules our lives – somehow controlled like zombies. Musically, the song contains everything that defines our album. Morbid, spherical vocals, space guitars, electronic beats and a driving bass. We made the video ourselves once more, a drive home and horror in my head altogether.”

Watch the video for “Zombies” below:

Founded in 2013 in Hamburg, SEASURFER released two acclaimed albums plus two EPs on the US-label Saint Marie Records and built up a worldwide fanbase. Dirk Knight switched the entire line-up several times to assemble talented musicians who fit perfectly with his creative vision. Vocalist Apolonia joined in 2018, and the new record showcases why she was a perfect choice.

In addition to the title track and the album-opening lead single “SOS,” Zombies also features the previous singles “Too Wild,” “Lovers Breakdown,” and “Venusberg” in exclusive album versions.

SEASURFER’s Zombies is out now. 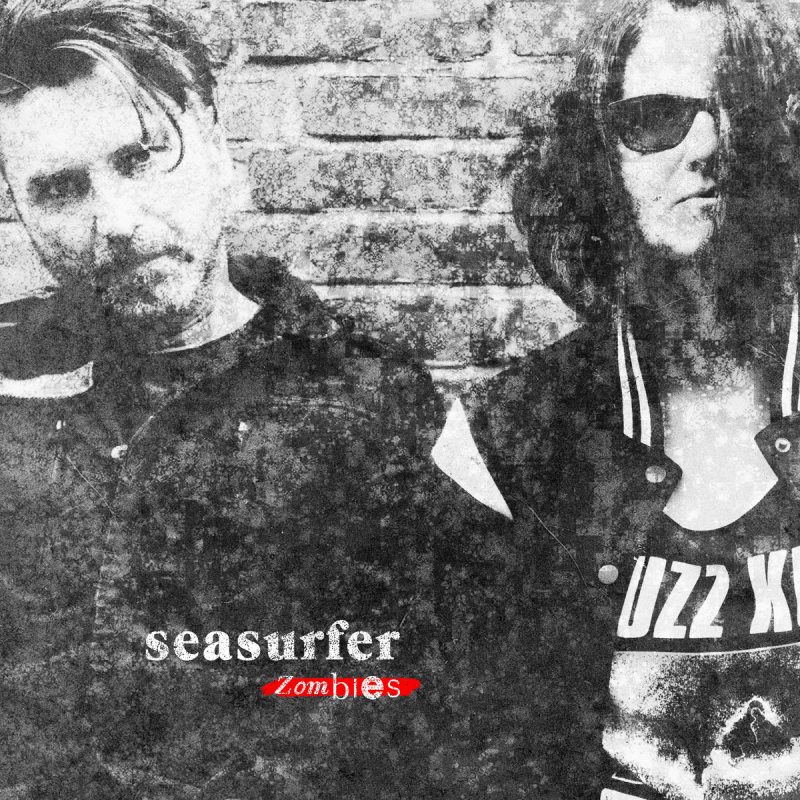 The post Coldwave Duo Seasurfer Dream Up Hypnagogic Horrors in their Video for “Zombies” appeared first on Post-Punk.com.