“One of the great post-punk bands was over before it had begun.” – Ivo Watts-Russell, founder, 4AD

‘Rema’ is a meta-analytical approach to studying rare events and sparse data. It is unknown whether 4AD post-punk legends Rema-Rema, who were one of the earliest releases on the famous label with their sole EP, based their name on the scientific term, an acronym for “rare event meta-analysis” – but if not, the synchronicity is certainly appropriate for their history: no footage exists of the band live, and only a handful of photos survive.

Documentary director Marco Porsia has taken the helm of the Rema-Rema analysis: he masterminded the highly-acclaimed documentary Swans – Where Does A Body End?. Now, he sets his sights on a new project: an intimate documentary portrait: What You Could Not Visualise.

Rema-Rema rode the first wave of post-punk between 1978-1980. The band’s innovative and unique sound, shrouded in mystery, are comparable to Joy Division, The Fall, Wire, Siouxsie and the Banshees, Cabaret Voltaire, Fad Gadget, and Throbbing Gristle. Members Mark Cox, Mick Allen, Gary Asquith, Marco Pirroni, and Dorothy ‘Max’ Prior played only 11 gigs around London in 1979, and split up before the release of their one and only record.

After his departure from punk band The Models, Allen asked former schoolmate Asquith to join in a new project, called Rema-Rema. Marco Pirroni, an original member of Siouxsie and the Banshees, was also on board. However, the band dissolved when fellow Marco Pirroni joined Adam and the Ants. Asquith, Allen, and Cox went on to form Mass, which then split up to form Renegade Soundwave (Asquith) and The Wolfgang Press (Allen and Cox). Max later joined Psychic TV.

Their sole four-track EP, 1980’s Wheel In The Roses, featured one side of studio recordings and another of live material. Their songs “Fond Affections” and “Rema-Rema” were later covered by This Mortal Coil and Big Black, respectively.

After more than 40 years, however, Rema-Rema has been resurrected via the release of  the album that they never had the chance to make, thanks to the discovery of old rehearsal tapes and live recordings.

In What You Could Not Visualise, Porsia goes on an archeological exploration to resurrect the band’s unique history to find the driving forces behind their groundbreaking sound. It includes exclusive interviews from 4AD founder Ivo, Stephen Mallinder (Cabaret Voltaire), Steve Albini (Big Black), John Robb (The Membranes), Bruce Pavitt (SubPop), Jim Thirlwell (Foetus), Gudrun Gut and Bettina Köster (Malaria!), and Rema-Rema themselves.

This film puts Rema-Rema back in their rightful place in the history of post-punk music.

Watch the trailer below:

There is an Indiegogo crowdfunding campaign for the documentary here.
For the time being, go listen to Rema-Rema’s EP Wheel In The Roses to psych yourself up. 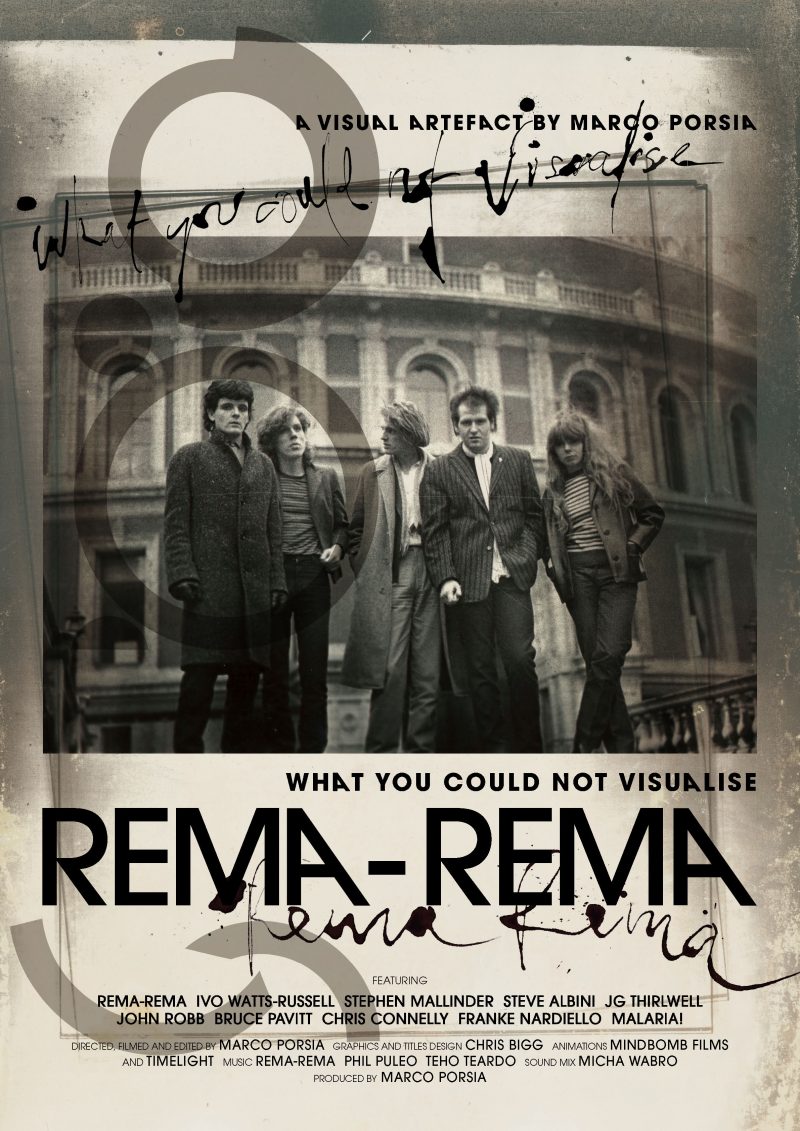 The post Documentary on 4AD Post-Punk Legends Rema Rema to be Released appeared first on Post-Punk.com.