Johann Schumann of Mephisto Walz, Shadow Project, and Christian Death has Passed Away

Johann Schumann, legendary bassist for key deathrock and gothic rock acts Mephisto Walz, Shadow Project, and Christian Death, has left this mortal coil. His untimely passing at age 61 marks a closing chapter for one of the most versatile musicians in the history of California deathrock.

The Bellwether Syndicate’s William Faith, who also played in these bands, broke the tragic news via his Facebook:

“Sad to learn of the untimely passing of friend and colleague Johann Schumann last month. Johann and I were bass players for the same 3 bands (Christian Death, Mephisto Walz, and Shadow Project), and he was a genuine, sweet and kind soul. R.I.P. Johann. You will be missed.”

Schumann was also a founding member of Deathrock revival band Scarlet’s Remains, remaining off and on with the group, along with Guitarist Bari Bari (who would record the band in his Los Angeles studio) until 2006.

We wish to raise a toast to Schumann’s immense talent and showcase some of his numerous musical contributions across the realm of gothic rock over the last four decades. 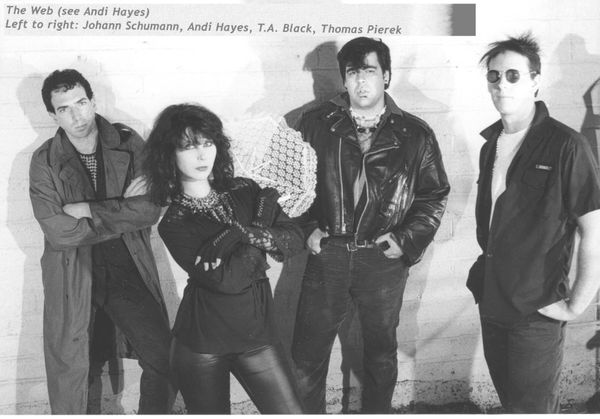 First up is a single from 1983 from a band he played bass for The Web: Walk on Glass, (followed up by the 1985 ep EP Promising Me Nothing.) According to the liner notes, he is not credited for playing on this track, which was the only one we could find, but former bandmate Andi Hayes has many photos of Schumann in her collection.

Listen to “The Wind Kissed Pictures”:

and the iconic “Tales of Innocence”:

Plus watch a full concert with the 1985 lineup of Christian Death below:

Although a founding member of Mephisto Waltz, (a name he suggested), Schumann would be absent from the band for some years before returning to play bass in 1992 for the albums Eternal Deep, Terra-Regina, and Thalia.

Listen to a 1990s Goth staple with the German language track “Alle in Asche”:

Schumann would also perform with Shadow Project in its original Lineup, recording the band’s first demos in 1988:

Listen to the demo of “Holy Hell” below

You will be missed, Johann… 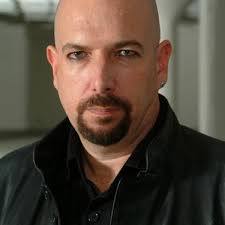 The post Johann Schumann of Mephisto Walz, Shadow Project, and Christian Death has Passed Away appeared first on Post-Punk.com.

Bonded by blood: the birth of the Bay Area Thrash scene