Los Angeles dream-pop trio Glaare are following up 2017’s brilliant To Deaf And Day LP with Your Hellbound Heart on the 30th of April, in the US and EU territories. The album is preceded by the second single is entitled Young Hell, following the spellbinding video for “Mirrors”, which made its debut last year.

The accompanying video, directed by Paige Dowling, is a graphic piece of performance art swaddled in blood red, depicting a woman tied inside a sparse room attempting escape, plunging into the depths, mired in primal desperation and futility.

“We were going through a terrible time,” says the band. “Life kicked our ass and made us swallow. Then our peers came and threw tomatoes in our face. We wrote this while our psyches were shattering into dust. Realizing that nothing and no one has ever been the way you saw it, that’s what madness is truly made of. None of us have ever nor will ever say the direct seeds of our creations. It’s irresponsible and we are way too reclusive for that. It’s also tacky. What we will say is recording this was like getting peeled alive. We do this because we have to. Because we can’t survive without it. But make no mistake about it, it’s excruciating.”

Assembling a melange of all the best elements of darkwave, dream pop, and goth-rock, Glaare has been a burgeoning force in the LA scene since forming in 2012, crafting powerful hooks and intricate, yet subtle arrangements. Glaare originated as the brainchild of Rachael Pierce, Brandon Pierce, and Cameron Carlin, but has since undergone a few lineup changes since Carlin left to pursue a solo career. Rex Elle later came in, first on bass and synth and currently, guitar. Marisa Prietto (Wax Idols; Bizou) was brought in to fulfill live bass and backing vocals.

Feast your eyes upon the majesty of Young Hell below:

Your Hellbound Heart, just like the Clive Barker novel it’s named after, is the epitome of pleasure granted to someone after a time of exquisite anguish, that was adapted into the classic 80s classic movie Hellraiser. This is a visceral synth-laden revenge fantasy that is a fitting soundtrack to the unrelenting resolve that emerges in the wake of a living nightmare. 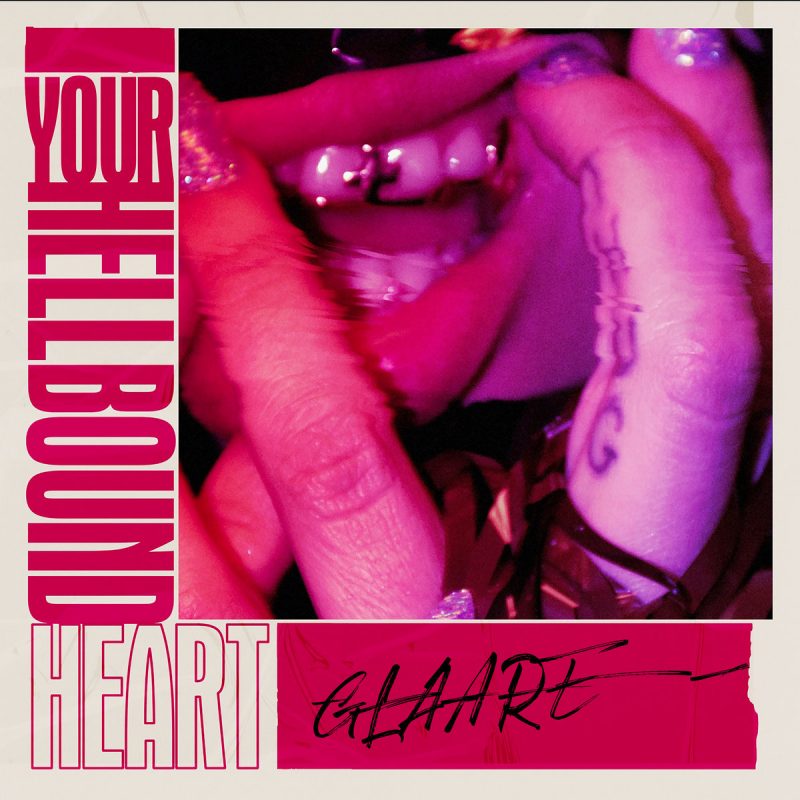