Oakland Dark Punks Adrenöchrome Sleepwalk Through Trauma with “The Knife”

For most femmes, sexual harassment, abuse, and trauma have left indelible scars of fear, scrambling for ways to cope with the aftermath. The Knife follows a sleepwalking girl suffering from post-traumatic stress. Although she is protected, she sleepwalks through the city in dream state.

“The story is up for interpretation, but is imagined through the eyes of a restless sleeper after experiencing trauma,” says vocalist Gina Marie. “This song is about the ways we protect ourselves after abuse, harassment, or trauma. It’s about having fantasies of revenge, it’s about wanting justice, it’s about breaking the chain and taking back that part of ourselves.” 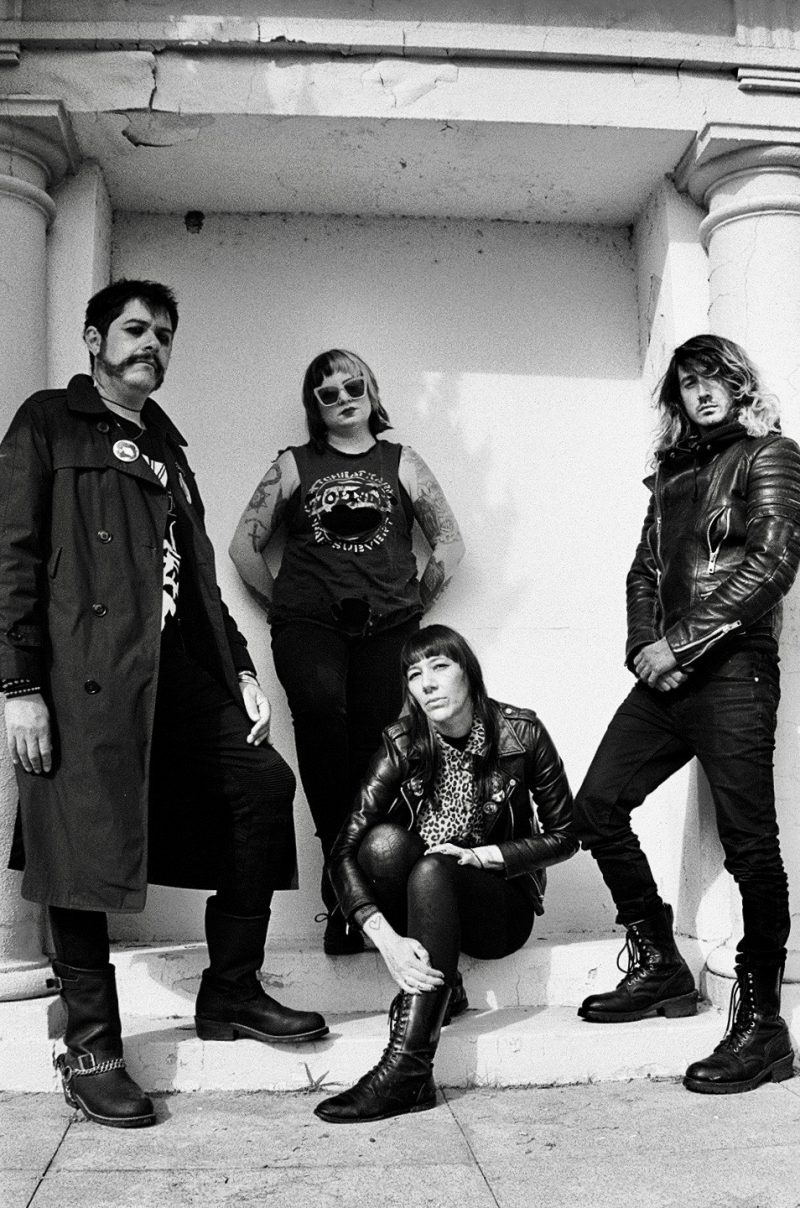 The band, with Gina Marie on vox, guitarist Andres, bassist Alex, and drummer Brianne, has had to face their own Big Takeback in recent months. In a bizarre turn of events during the 2020 election, Qanon latched onto a theory about the drug adrenochrome, erroneously lumping the band with dangerously unhinged fringe groups. The band, which took their name in 2017 from The Sisters of Mercy song, adamantly declares they do not stand with Qanon or any other conspiracy theory ideology.

The titular drug, a derivative of adrenaline, is also mentioned in A Clockwork Orange and Fear and Loathing in Las Vegas, but Qanon’s lies, crackpots and escalated drama in the media have since given the band immense difficulty. For the last year and a half, they have been battling with Facebook and Instagram to remain visible.

“In a Facebook and Instagram sweep…our Instagram was deleted, followed by Facebook and personal pages in January 2021. After many attempts and press from EFF (Electronic Frontier Foundation) we successfully regained those pages. Instagram was returned, but only for a short while before being deleted again,” says the band.

“While I appreciate Facebook’s efforts to stem the damage that its platform has proliferated with the sharing and harboring of Qanon groups, especially after its involvement with Cambridge Analytica, we feel like their answer to this crisis was rolled out very carelessly and months too late,” said Andres. Despite the difficulty, the band is refraining from a name change. Andres succinctly explains: “We don’t want them to win.”

For The Knife, Adrenochrome collaborated with Oakland filmmaker Marcelle Marais, combining visual inspirations from cult and horror movie classics. The result is a jarring, Lynchian cinematic narrative, straddling the dimensions of wakefulness and sleep, and the liminal space of dissociation.

The Knife was recorded by Justin Ennis, drummer of Ghoul, and mixed by Skot Brown of Phantom Limbs and Altar de Fey. The song will be released on a Flexi from Manic Noise this summer. Pre-sales start June 4th on Bandcamp Friday. 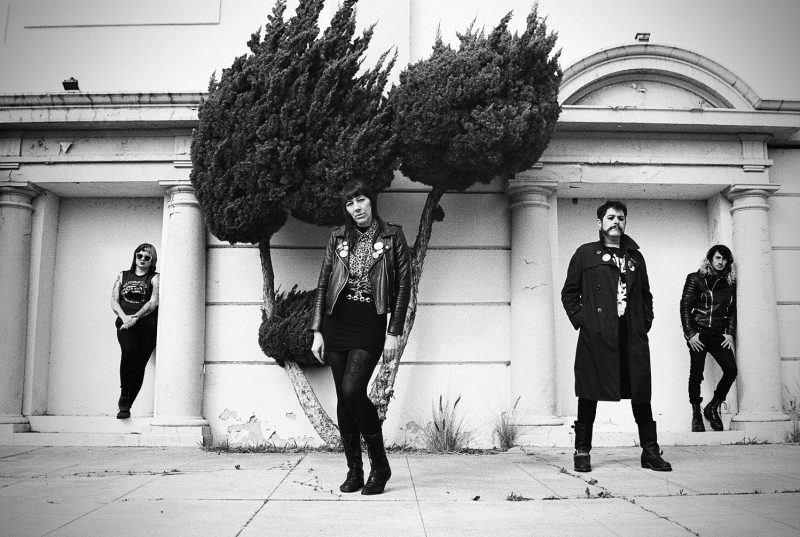 The post Oakland Dark Punks Adrenöchrome Sleepwalk Through Trauma with “The Knife” appeared first on Post-Punk.com.

WWE’s Rhea Ripley says wrestling is more metal than ever