And you’ll leave me behind – like an old toy

Those things of the past – no friendship no trust

All part of the debris – no sadness wasted

German darkwave/postpunk pioneers PINK TURNS BLUE announce the release of their assertive, yet introspective single “Not Gonna Take It.”

“The track is about standing up for oneself and for a better world,” says frontman Mic Jogwer. “Yes, the powerful, the bullies, and the rich have many resources to get their way and claim that wrong is right. And yes, we all have our moments where we feel helpless and depressed because there doesn’t seem to be any way out of this cunning system of lies, propaganda, lobbying, and influence. But every now and then, we just get fed up and decide we are not going to take it anymore. We find ways to break free, organize and fight for the things that are worth fighting for. Right now, it seems very difficult, at times impossible, naïve and all too idealistic. But if we give up fighting, we give up living. It is an uphill battle, but our defiance and our courage keep us going.”

The video illustrates a series of people determined to speak up for society -and themselves – even in the face of violence, fascism, totalitarianism, and adversity. Watch the clip, directed by the band, below:

“This album is also a call to never give up, to never lose faith or the understanding that making this world just a bit better every day is what makes our lives worth living,” says Jogwer. “Since Covid, playing live has been either impossible or very difficult. Until lately, German musicians were not allowed to travel to the USA and Canada at all, and many shows were either postponed indefinitely or cancelled due to legal or travel restrictions or bankruptcy for promoters.”

The Russian invasion of Ukraine complicated matters for the band’s touring plans. “Instead of slowly getting back to “normal” and trying to get our humanity’s shit together and to alleviate climate change and the consequential effects, now we have to cope with war and an energy, food, and financial crisis (again) with the risk of losing the battle for equality, climate change, peace… you name it.”

The international trek kicks off on the 2nd of September in Seattle, Washington, supporting last year’s critically acclaimed Tainted LP. They’ll make stops all over North America, including Vancouver, Portland, LA, San Diego, Austin, Miami, Brooklyn, and Philadelphia. From there, they hop back across the pond, performing in Spain, Germany, and England. 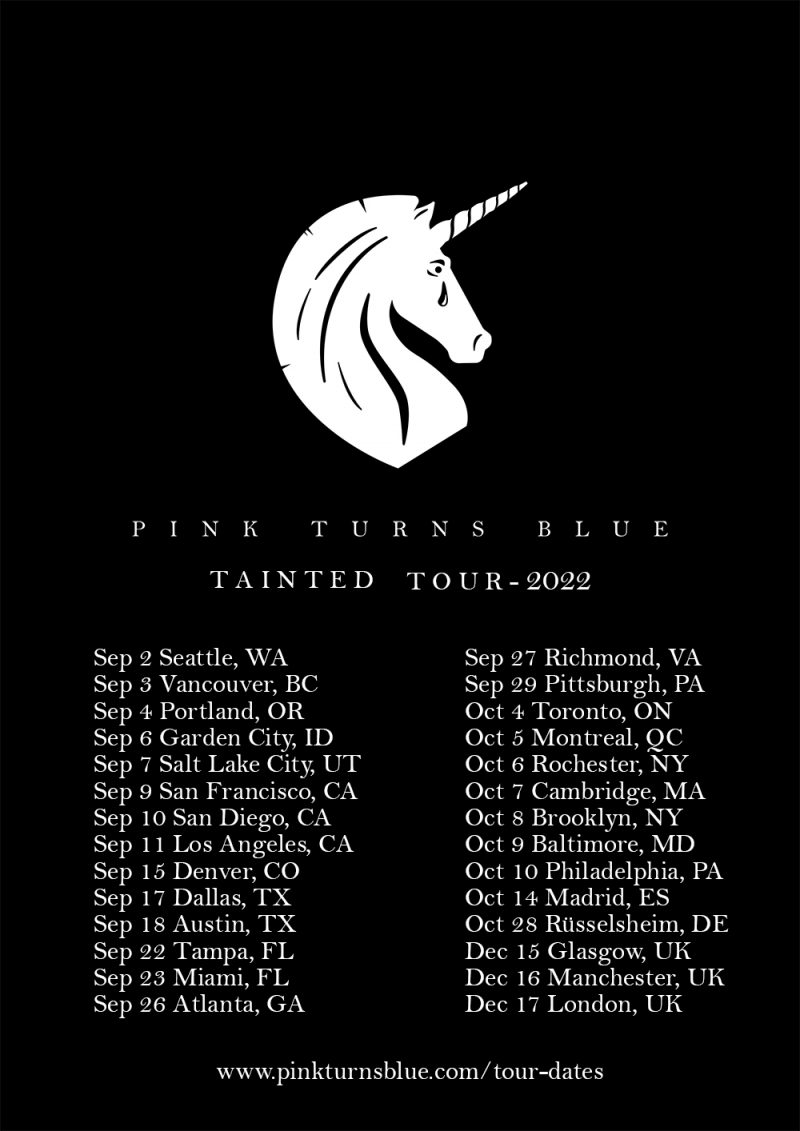 The post Pink Turns Blue Stand up Against Rich and Powerful Bullies in their Video for “Not Gonna Take It.” appeared first on Post-Punk.com.