Child of Night’s first LP, The Walls at Dawn, is a triumph: it emotes sorrow, hope, and a tenacity for survival all at once. Inspired by the idea of metamorphosis caused by a collapsing empire, the album clings a dystopian dismality—but is set in time to a dance beat. From the monumental melancholy of “Disappear” to the feral spirit of “Unafraid,” The Walls at Dawn recalls the severe post-punk of Interpol or Soft Moon to the low-fi electronics of Crystal Castles all in one. “Wounded Child,” the third music video from the album, is full of tension, aptly matched to the lush vocals of N. Aquena. Watch below:

Since 2017, the Columbus, Ohio-based Child of Night have been refining their cross-genre sound. Formerly as a duo, they heightened their music with the recent addition of the multi-instrumentalist N. Aquena to the lineup in the summer of 2020. Her presence is widely felt throughout The Walls at Dawn with her demanding vocals that ache with a longing refuses to subside. With tearful post-punk guitars and swelling, harsh synths, the LP is rich with cinematic layers.

The Walls at Dawn is out today and available physically on tape and CD (pre-order the vinyl here). Stream the album in its entirety and support the artists via Bandcamp:

Their record release party is tonight in Brooklyn at Saint Vitus with Second Skin, Shanghai Beach, and a DJ set from our editor-in-chief, Alex B. 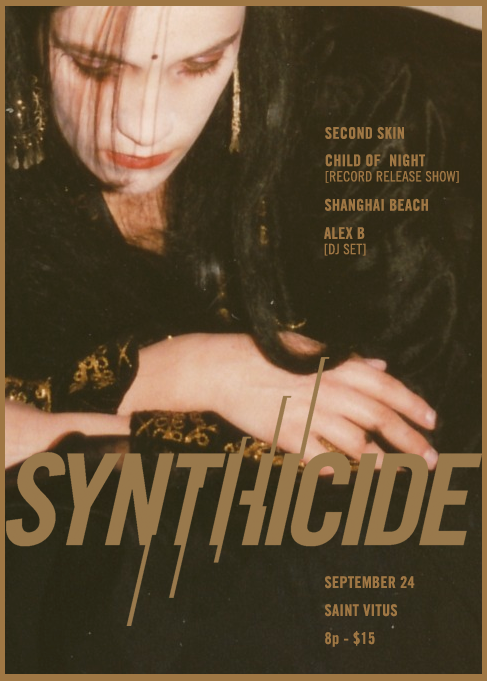 The post Stream Child of Night’s Monumental LP “The Walls at Dawn” appeared first on Post-Punk.com.