The first couple of months of the Covid lockdown proved creatively fruitful for Los Angeles-based alt-rock outfit Tombstones In Their Eyes.  “Quarantine Blues was the first track I’d written in quite a while,” says John Treanor. “Inspired in part by Covid and the lockdown, definitely, but it also comes from personal experience in the past of putting myself in a quarantine-like situation without a pandemic going on, and having the same feelings of being locked up and surrounded by loneliness and fear.”

After making a demo at Treanor’s home studio, the band took it to Kitten Robot Studios, where drummer Stephen Striegel added live drums tracks and percussion, the vocals were re-recorded, and bassist Josh Drew added his part. Producer Paul Roessler (ex-Screamers, 45 Grave) and Treanor then honed down the song to be “nice and creepy.”

The Looking For A Light album itself is a step forward for Tombstones In Their Eyes, as Covid forced the former lineup into a new formation of personnel and an energetic shift. “Something about this last year just brought out some interesting and different sounds and textures in my songwriting, plus a simplicity and lightness,” Treanor remarks. “Less reliance on walls of fuzz. Lyrically, it covers more ground, not as focused on the darkness.  While still retaining our sound, it broadens the palate a bit.”

Tombstones In Their Eyes originated in the mid-2010s, after Treanor had a chance encounter with childhood friend James Cooper. The two rekindled their friendship and found a creative inner force tapping into their roots. The roads had been long and interesting, as both lived (and survived) their respective sex, drugs, and rock ‘n’roll periods. James and John got to work collaborating via Dropbox over the course of two years.

“Even though James lives in New York and I was in Los Angeles, we managed to make it work and he really brought out the best in me as a songwriter,” explains Treanor. “We got to work and put together close to 30 demos of songs I had written. During much of this time I was going through a long period of depression and was able to use the creative process to heal and get the feelings out in a healthy way.”

Tombstones In Their Eyes has since enjoyed a prolific existence, attracting fans of psych, desert rock, shoegaze, goth, and neo-garage without aligning themselves directly with any those camps.

The cover art was done by revered Swedish artist Robin Gnista, who had previously done the cover for the Nothing Here EP.

Looking for a Light (Kitten Robot/Somewherecold Records) will be out on…what else? 4/20/21. 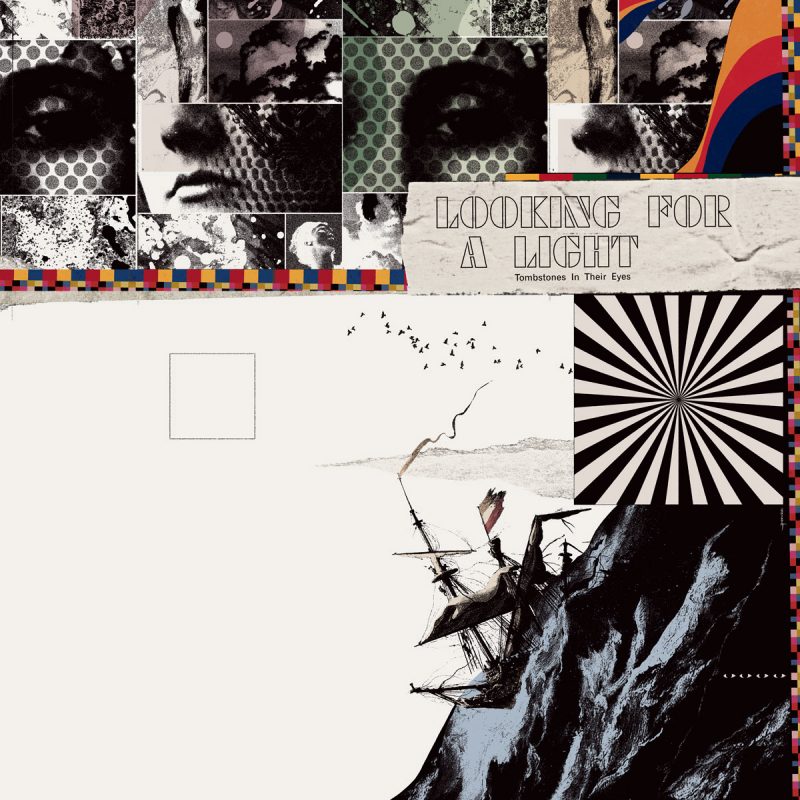 The post Dark Shoegaze Outfit Tombstones in their Eyes are Crawling Walls of Fuzz in “Quarantine Blues” appeared first on Post-Punk.com.